Hubble Space Telescope: Our window to an amazing universe

The Hubble Space Telescope mesmerises the world with its breathtaking images of stars, magnificent galaxies, colourful star-forming nebulae and planets.

It is also transforming our scientific understanding of the universe, through discoveries regarding black holes, active galaxies, dark matter, mysterious dark energy and planetary systems beyond our own.

The Hubble mission’s phenomenal success is intertwined with its ground-breaking priority of public engagement.  As a result, Hubble images are loved around the world, and the Hubble name has become synonymous with the highest scientific capability.

In this public talk, Dr Jennifer Wiseman will share some of Hubble’s greatest images and discoveries, and discuss how Hubble’s successful public outreach can serve as a model for many other realms of scientific and technological achievement. 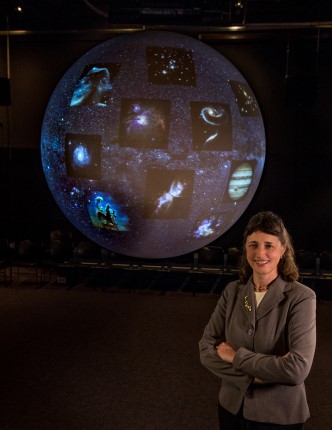 All welcome: No bookings necessary

This event is sponsored by Royal Society Te Apārangi and the Stuart Residence Halls Council and is being held as part of PCST 2018 - Public Communication of Science and Technology Conference.