Astonishingly, research over the last three decades on New Zealand English has completely ignored Auckland, despite the fact that a third of all New Zealanders live there. We know that migration is changing how Auckland looks, but what about how it sounds

A three-year Marsden Funded project looking at Auckland English, led by Professor Miriam Meyerhoff (Victoria University of Wellington) and Associate Professor Catherine Watson, provides a few answers to this question. Some demonstrate new, shared norms for speaking emerging across the city, and some suggest that areas with high levels of recent migration are especially innovative. 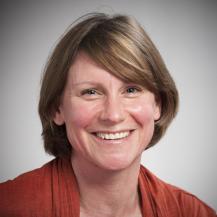 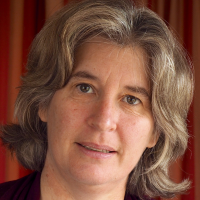 The research team recorded casual conversations with people who live in Titirangi (little demographic change over the last twenty years), South Auckland (a highly mixed community for decades) and Mount Roskill (a lot of demographic change in the last two decades). These people grew up speaking English in New Zealand (although often alongside other languages in South Auckland and Mount Roskill).

Younger speakers in Mount Roskill had some surprising pronunciations, suggesting that areas with very high levels of immigration might have an impact on our national accent. In particular, younger Roskillites are reversing the distinctive Kiwi pronunciation of the vowel in words like back and tap. To understand why, the researchers will analyse speakers’ attitudes and look at exactly when they reverse this raising. “It’s possible that ethnically diverse younger Roskillites don’t have a lot of interest in sounding like your classic Kiwi. They’re hearing lots of different ways of pronouncing New Zealand English around them and they have new ways of ‘being Kiwi’”, suggests Meyerhoff.

A striking discovery is how little difference there is between the way the younger speakers across the city pronounce their vowels as vowels are the prime carriers of accent differences in English. “At a moment in New Zealand’s history when there is increasing national introspection about the wellbeing and belonging of migrants, we can draw a very powerful message from the fact that young people across Auckland apparently signal like-ness more than they signal difference in the way they sound”, says Meyerhoff. 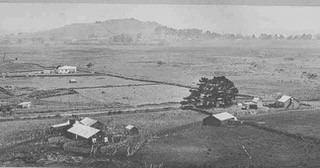 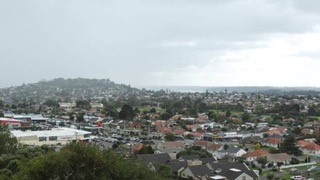 In future work, the team will analyse the consonants in New Zealand English: things like the increasingly widespread use of R in words like work, corner, and arm.New Zealanders tend to associate this with Southland speech, but the pronunciation of a constricted R in these kinds of words in Auckland (and other urban centres) has nothing to do with the Southland accent. Young people in South Auckland and Mount Roskill are not looking to Southlanders as a target for how to sound. What exactly its use signals will be interesting to unravel because it is a new feature of New Zealand English that has attracted much attention. Earlier work showed that the stereotype across wider Auckland is that this is a feature of ‘South Auckland’, but within South Auckland, some people associate it with Samoan speakers while some Samoans associate it with Tongan speech.

Communities that have experienced high levels of migration may be leading the way for the pronunciation of the definite article ‘the’ in Auckland. Instead of ‘turning thee other cheek’, Aucklanders are likely to say ‘turn thuh other cheek’. The data suggest that this is an innovation that spread out of South Auckland (where it is most generalised), but it is widely used by younger Roskillites, and is even a feature of the speech of some young people in Titirangi.

As for grammar, Aucklanders have surprises for even the most jaded linguists. Aucklanders have developed a rule in their grammar that governs when they use that to introduce relative clauses. They are much more likely to say there’s ‘nothing I like’ than ‘nothing that I like’, and they talk about ‘someone who knows a lot about this’ rather than ‘someone that knows a lot about this’. Both are possible, but the Auckland preferences indicate that people are reanalysing English grammar to accurately express very subtle meaning differences.

Where Auckland goes today, the rest of New Zealand goes tomorrow? Whatever the answer, the researchers believe it will say a lot about our cohesiveness as a nation and how we perceive our communities and neighbours.