Home Research Updates Big Science: How was the Pacific settled?

Big Science: How was the Pacific settled?

Piecing together the settlement of the Pacific - part of the very last great human migration - has been fraught with complexity. Photo source: NZ Herald

Ancient animal remains could hold the key to clearing up long-standing mysteries about how our corner of the planet came to be settled, thousands of years ago.

From an article by Jamie Morton

Originally published in the New Zealand Herald on 14 January 2020

Otago University's Dr Catherine Collins spoke to Jamie Morton about a study delving thousands years into the Pacific's past.

Ancient animal remains could hold the key to clearing up long-standing mysteries about how our corner of the planet came to be settled, thousands of years ago.

Recent advances in ancient DNA (aDNA) technologies – which can offer insights that can't be gleaned from fossils – has prompted a re-think about the spread of humans around the globe, including the Pacific.

But it still hasn't provided scientists the answers they've long sought about the Lapita people, who once flourished in the Pacific islands, and which Polynesian cultures today are believed to have descended from.

Piecing together the settlement of the Pacific - part of the very last great human migration – has been fraught with complexity, especially because it took place across a vast expanse of ocean.

While Near Oceania – taking in Australia, New Guinea and the Solomon Islands – was settled around 50,000 to 60,000 years ago, those islands east of the Solomons, called Remote Oceania, were likely settled only within the last 3000 years.

Dr Catherine Collins, an Otago University researcher who specialises in aDNA, believed that unraveling this picture didn't just require archaeological and linguistic evidence, but a genetic data from a range of sources.

In a new study, supported with a $300,000 Marsden Fund grant, she sought to unlock the origins of Remote Oceania's Lapita colonists, and refine our understanding of how migrants first made their way to central and east Polynesia.

"While it has been assumed that Polynesian ancestry is directly related to the Lapita descendent communities in West Polynesia, increasing evidence is suggesting that the final push out across Polynesia may have been driven by the arrival of new people in the Pacific." 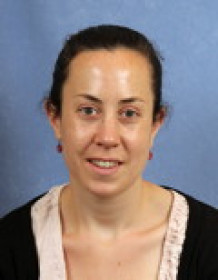 The study will apply the latest aDNA technology not to the remains of those ancient migrants, but the rats and chickens they brought with them to each new island.

Although it wasn't the first time these accompanying, or "commensal", animals had been used to retrace the Pacific's history, studies up until now have largely drawn from only limited DNA data.

Past work had sequenced just a short region of DNA – or around 250 base pairs – but now, scientists could sequence the 16,500 base pairs of the complete mitochondrial genome - or the entire genetic make-up of that DNA passed from mother to offspring.

Collins said the difference, in simple terms, could be thought of as a jigsaw puzzle.

"If you were presented with 250 pieces of a 16,500 piece puzzle, it would be very difficult to reconstruct the full image," she said.

"Today, we can obtain all 16,500 base pairs and our preliminary data has provided important new insights regarding interactions.

"This provides the potential to identify more specific islands or island groups as origins for some of the islands settled later in this process, such as Aotearoa New Zealand or Rēkohu Chatham Islands."

But there were still factors that made the job difficult.

"One of the biggest challenges that we face with projects such as this one, is the preservation of DNA in archaeological remains from the Pacific," she said.

"The environment can influence how well DNA preserves in the bones of animals over time, with better DNA preservation typically seen in cold, dry environments.

"But, there have been many advances in the field over aDNA over the past decade, and the laboratory methods that we are planning to use for this project have been designed to target and retrieve as much of the degraded, aDNA as possible."