Home Research Updates Ever wondered where parrots get their bright plumage?

Ever wondered where parrots get their bright plumage?

A parrot feather close up. Image by Jonathan Barnsley

Most birds create feather colours using two well-known methods: blue, green and purple are generated when light is reflected off microscopic layers in the feathers, and most other colours including red and yellow are made when light is absorbed by chemically different pigments.

Jonathan Barnsley, a PhD candidate at Otago’s Dodd-Walls Centre for Photonic and Quantum Technologies, says parrots are highly unusual in how they produce their iconic red and yellow feather colours, which contain chemically similar pigments. 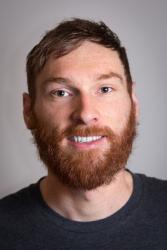 Mr Barnsley and his team, whose findings have been published in Royal Society Open Science, discovered that red and yellow pigments in parrot feathers interact with light in different ways, possibly because pigment molecules in red feathers are “communicating” with each another.

The researchers probed parrot feathers with a laser-based analysis technique which revealed a diverse group of pigment components interacting with one another.

The base colour of these components is actually orange, and they only become red when they are interacting together in the feather.

“We found that red pigments have a diversity of chromophores, but we did not find this same diversity in yellow pigments.”

“Chromophore diversity can come about when molecules interact or communicate with their nearest neighbours to change how one another absorbs light,” he says.

This observation raises the possibility that parrot plumages are “tuned” across a range of hues, perhaps accounting for major differences in plumage colouration between closely related species. Colour-tuning is known in crustaceans, but has not previously been observed in feathers.

Most birds need to find and eat specific foods to produce their red and yellow colours but parrots are different because they can make red and yellow feather colours without eating a special diet.

Co-author Dr Daniel Thomas, of Massey University, says it is possible parrots are able to tune pigments to produce a whole range of colours – from the magenta of a galah to the yellow of a sulphur-crested cockatoo.

This colour-tuning could be significant in the evolution of parrots and possibly other animals.

“There is still important work to do in linking chromophore diversity to colour-tuning, but it is exciting to think that we have a new way of exploring the long-standing question of why different animals generate similar colours using wildly different pigments,” he says. 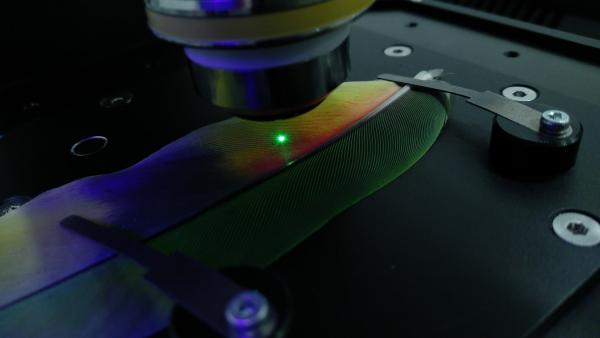