Home Research Updates How can we reduce our agricultural emissions?

How can we reduce our agricultural emissions?

Ngā Kete: The Annual Collection of Reviews. This week's highlighted article is by Professor Hong Di FRSNZ and reviews the potential of inhibiting ammonia oxidisers to significantly reduce nitrogen leaching and emissions in grazing pastures.

In the review article 'Ammonia oxidisers and their inhibition to reduce nitrogen losses in grazed grassland: a review' Professors Hong Di and Keith Cameron from Lincoln University’s Centre for Soil and Environmental Research discuss evidence from the laboratory, and in the field that demonstrates the efficacy of using nitrification inhibitors on pastures to reduce nitrogen leaching and emissions, as well as the roles played by different ammonia oxidisers.

Nitrous oxide is a potent greenhouse gas with a long-term global warming potential 265–298 times that of carbon dioxide. The dominant source of nitrogen leaching and emissions is through animal excrement, with urine making up about 80% of the nitrogen released back into the pasture. About 70-80% of the nitrogen ingested by the animals is returned to the soil.

In New Zealand our dominant land use is pastoral agriculture. Animals graze the land throughout the year and a large chunk of our economy is built upon the agricultural industry. Accordingly, as New Zealand works towards becoming a low-emissions economy by 2050, finding effective ways to mitigate our agricultural emissions is a significant goal for society to work towards.

A single urination from a cow produces a nitrate deposit well beyond what can be utilised by plants. This surplus is prone to leaching after it is converted to nitrates, or lost as nitrous oxide gas. Most of the nitrate in animal urine is urea, which is swiftly converted to ammonia when deposited in the soil.

When the urea in the urine hits the surface of the ground, it becomes ammonium (NH4+) and is adsorbed into negatively charged soil cation surfaces, meaning there is minimal leaching in soils with good cation exchange capacity. However, in the soil the ammonium is oxidised quickly and a process known as nitrification occurs. As nitrate is an anion, it is not retained by the negatively charged soil particles, this means when drainage occurs it is leached out of the soil into groundwater or surface waters and will contribute to water contamination. Nitrous oxide is also produced as a byproduct through the denitrification process that occurs alongside the leaching.

If a nitrification inhibitor (NI) is applied to the soil to inhibit ammonia oxidation (the first step of the nitrification process), this can lower the concentrations of NO3- and nitrous oxide emissions caused by nitrification and denitrification.

For well over a century it was believed that the nitrification process was mostly carried out by a bacteria called chemolithoautotrophic ammonia oxidising bacteria (meaning a type of microbe that utilises chemicals from the soil—in this case from ammonia, to make food for themselves).

But the discovery that archaea have the gene (amoA) to produce an important enzyme for oxidising ammonia (ammonia monooxygenase) has suggesed archaea may have more of an important role in nitrification than previously thought.

Populations of archaea carrying the ammonia oxidising gene were found to be much more abundant than the AOB in a range of soils, which suggested the archaea play a greater role in the oxidisation of ammonia than AOB. However, recent research targeting the amoA gene have shown that the abundance and activity of AOA and AOB fluctuate depending on the soil and environmental conditions.

Professor Di and his team conducted a study of intensively grazed New Zealand dairy pastures. They collected evidence that AOB grew significantly in number and activity in response to cattle urine, whereas the AOA did not appear to increase upon coming into contact with the urine.

Di’s research team also found that the AOB was significantly inhibited by applying a nitrate inhibitor called dicyandimide (DCD). In his review article Professor Di suggests that AOB and AOA prefer different soil and nitrogen conditions to grow and thrive in, with AOB playing a dominant role in grazed grassland and AOA in soils which are highly acidic or low in nitrate.

The nitrate inhibitor DCD is not currently in commercial use in New Zealand but has proven to effective in reducing nitrate leaching by 44–77% in a variety of rainfall conditions. DCD is awaiting the establishment of a standard for food by the UN Food and Agriculture association before it can be put into commercial use for New Zealand farmers.

The low toxicity of DCD make it an appealing environmental technology, which also has economic benefits of increasing nitrogen use efficiency and pasture dry matter yield. The review article suggests that future research should be investigated to deepen our understanding of the amoA gene, search for potential new nitrate inhibitors, and further understanding of how pasture responds. 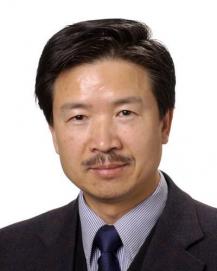 Professor Hong Di is Professor of Soil and Environmental Science at Lincoln University and was made a Fellow of Royal Society Te Apārangi in 2016. His major research areas include nitrous oxide emissions, nitrate leaching and relationships with soil microbial communities in agroecosystems.

The review article 'Ammonia oxidisers and their inhibition to reduce nitrogen losses in grazed grassland: a review' has been published in Ngā Kete and is available free-to-access for a limited time at Taylor and Francis Online.

Next week in Alert, the highlighted article from Ngā Kete will be 'How the quest to improve sheep reproduction provided insight into oocyte control of follicular development' by Dr Jennifer L. Juengel FRSNZ.