Keeping the hihi (stitchbird) from extinction

Some of our native bird populations are struggling to cope with rising temperatures, but human intervention is helping to ensure their survival

The latest research on the hihi, or stitchbird, reveals the battles most threatened species are under globally, as they try to adapt to threats such as climate change and predation. The hihi is classified as a nationally vulnerable species under DOC's 'Threat of Extinction' system. A team of scientists led by University of Auckland's Dr Anna Santure talked to Kathryn Ryan about data collected on the hihi.

The scientists have been working for the last five or six years with funding from the Marsden Fund to investigate the level of genetic diversity remaining in the species, Dr Santure told Kathryn Ryan. “We've got a number of different populations across the North Island of New Zealand now, but the hihi itself was completely lost to the mainland of North Island to just a single offshore island territory of Hauturu/Little Barrier Island, post-European settlement,” she says. 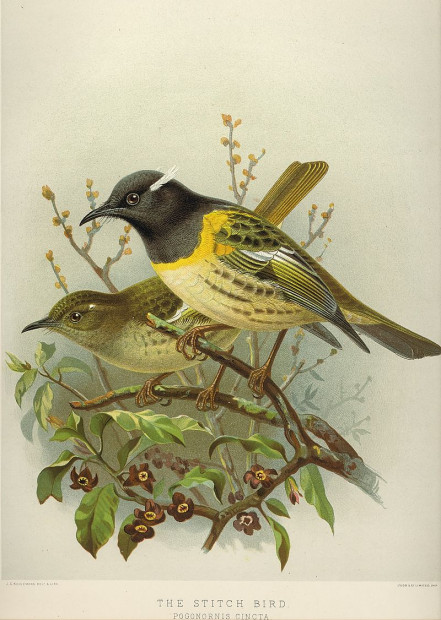 A hihi recovery group is looking at what conditions give the species its best chance, she says. “The nice thing about is that it's very evidence-based and we've used information from past translocations to try and understand what works for hihi. What's clear, I think, at the moment is that they can't tolerate very high levels of rat predation. And so, the places that they are now are complete exclusion zones for rats and stoats and weasels.”

The Waitakere Ranges would be quite a nice place for them. “But at that time the pest management in that area was not sufficient and hihi didn't establish so as far as we know. At the moment we're doing a complete pest exclusion and that would be the criteria for new populations.”