A major University of Otago-led study into an ancient climate change event that impacted a significant percentage of Earth’s oceans has brought into sharp focus a lesser-known villain in global warming: oxygen depletion

The study is the culmination of a major collaboration between Otago, Oxford, Exeter, and London Universities and is just published in the prestigious Proceedings of the National Academy of Sciences (PNAS). It examined a past period of global warming around 94 million years ago, when oceans became de-oxygenated. 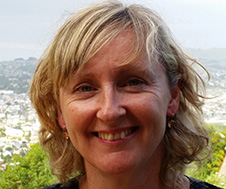 This famous period in Earth’s geological history, known as an Oceanic Anoxic Event (OAE), was more severe and on much longer timescales than the current changes. But it has given the scientists studying this period an extreme case-study to help understand how the oceans are effected by high atmospheric CO2 emissions.

Research Fellow Dr Matthew Clarkson and Professor Claudine Stirling, of The University of Otago’s Chemistry Department, applied a revolutionary new tool to examine how the oceans responded to climate change in the past.

The scientists used a novel technique that measures naturally-occurring uranium isotopes from ancient sediments, which could be used to estimate ocean oxygen content, thus identifying an ancient geochemical record of how much of the ocean was deoxygenated these many millions of years ago. They applied this technique to geological sediments that were once deposited in the ocean and are today preserved on land at the white cliffs in the South of England (UK), and also in Italy. 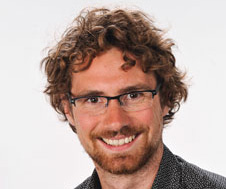 They found that the likely driving mechanism of this anoxic, or deoxygenation, event was nutrient run-off, itself driven by high CO2 emissions and warmer temperatures; and that when CO2 emissions reduced, along with nutrient levels, global oceans recovered for a period.

Professor Stirling says the ability to predict what could happen, thanks to the combination of uranium isotopes and modelling, is a significant breakthrough.

“It helps us understand the missing piece of the puzzle, what happens to oxygen levels in our oceans when they are effected by global warning. CO2 levels in the atmosphere were much higher than they are now, so we won’t see this level of change for a long time, but we will see the same sequence of events” she says.

Areas of ocean deoxygenation, known as “dead zones”, can be found currently in a number of oceans around the world including in the eastern parts of the tropical Pacific, Atlantic and Indian Oceans. The “dead zones” occur because it is harder to dissolve oxygen in water when the oceans are warm, and also more oxygen is used up during the breakdown of biological material. This material is produced following a rise in nutrient levels during global warming. Some of these nutrients come from run-off in rivers, and some from upwelling of deep ocean water.

Dr Clarkson explains the importance of the study:

“This leads to high primary productivity in the oceans and eventually the loss of oxygen as the organic matter degrades by aerobic respiration. This process is similar to eutrophication, which happens in many lakes and rivers due to the input of fertilisers, but in this case it occurred on a global oceanic scale,” says Dr Clarkson.

“Through comparison to other geochemical data, and simulating the event with a new biogeochemical model, we present strong evidence for the nutrient input hypothesis as a driving mechanism for anoxia (deoxygenation).”

The event was most likely caused by increased CO2 emissions from volcanic activity, over hundreds of thousands of years. Marine fauna suffered heavily during this event, although it is not considered one the major mass extinctions of Earth’s history.

“Another significance of this study is that we are able to put a new estimate on the area of the seafloor that became anoxic, at around 8-15%, compared to only 0.3% in the modern ocean.

“Importantly, a number of completely independent studies, with very different methods, are finding consistent results for the Oceanic Anoxic Event. This helps gives scientists much greater confidence when trying to understand the legacy of modern human activity.”

This particular Oceanic Anoxic Event was also thought to have lasted for around 1 million years, but the new data also shows for the first time that the global oceans briefly recovered in the middle of the event, before returning to widespread anoxia again.

“This recovery was the result of declining CO2 emissions from volcanic sources, and the removal of carbon from the atmosphere by weathering and the burial of organic matter. These two processes are known to help regulate the global climate, acting as negative feedback mechanisms similar to a thermostat, but they take a very long time.”

This latest work was undertaken primarily at the University of Otago but also involved collaborators from the Universities of Oxford, Exeter and London. The researchers were mainly supported by the Marsden Fund (managed by The Royal Society of New Zealand), and also The Natural Environment Research Council (UK), The Royal Society of London and The European Research Council.

Additional information: The University of Otago press release is here