The discovery of fossil insects, nematodes and fungi preserved in amber from sites in Otago is shedding new light on New Zealand’s geological and biological history.

University of Otago paleontologists Associate Professor Daphne Lee and Dr Uwe Kaulfuss, with Professor Alexander Schmidt of the University of Göttingen, co-led a team of international scientists in collecting and analyzing amber deposits from more than 30 sites throughout New Zealand.

The small and fragile fossils are 25 to 15 million years old and include a number of spiders (including web remains with prey), tiny carnivores such as pseudoscorpions, diverse soil-dwelling mites, detritivores such as springtails, biting and gall midges, fungus gnats and chironomids, scale insects, parasitoid wasps, ants, beetles, and bark lice.

“Some of the arthropods and fungi represent the first fossil records of their groups from the entire Southern Hemisphere,” Associate Professor Lee explains.

Hundreds of kilograms of amber were extracted from lignite deposits, largely near Roxburgh, Hyde and Pomahaka, in Otago. Preparation of the commonly opaque, and often brittle and/or fractured amber to expose inclusions for study is challenging. However, new techniques developed in Professor Schmidt's laboratory in Germany revealed numerous fossils with 3D preservation.

The amber derives from the ancestors of the kauri, resin-producing conifers belonging to the Araucariaceae family which still live today in northern New Zealand.

“This means that the source of the resin has remained unchanged for at least the past 25 million years. The amber fossils help in understanding the evolution of these long-lasting forest ecosystems on a geologic time scale,” Associate Professor Lee adds.

Amber deposits are concentrated in the Northern Hemisphere where their inclusions have been studied intensively. Until now, the scarcity of major deposits from the Southern Hemisphere has severely hampered understanding of the global evolutionary history of terrestrial invertebrate and fungal biotas.

Dr Kaulfuss says the fossils are significant because of what they tell us about the country’s ecological history, as a long-isolated former Gondwanan landmass.

“These fossils are really important for us because they provide a very rare opportunity to look back on what made up New Zealand’s forest and ecosystem 25 million-years-ago.

“We now know what kind of animals and plants were around at that time and what has gone extinct since then.’’

The Marsden-funded study which involved 27 researchers from 16 institutions in eight countries was published online this week in the journal Gondwana Research.

The online publication is available at

An interview with Dr Kaulfuss is available at 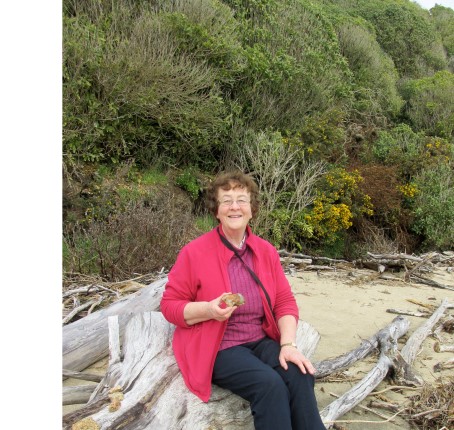 Department of Geology, University of Otago