Researchers from the University of Otago are embarking on a year-long study with to investigate the habitat of the mysterious velvet worm.

Thanks to a $20,000 grant from the Otago Participatory Science Platform, a component of the New Zealand Government's Curious Minds initiative, students from Green Island, St Francis Xavier and Abbotsford Schools will collaborate with researchers from Catchments Otago to study the velvet worm, or peripatus.

Sounding like a villain in a child’s fantasy (or perhaps horror) story, peripatus emerges at night and shoots its insect prey with poisonous spit before devouring them. In 2011, the Dunedin peripatus - labelled vulnerable by the International Union for Conservation of Nature - brought the Caversham motorway development to a grinding halt, since the worm’s known habitat stood in the proposed roadway’s path. 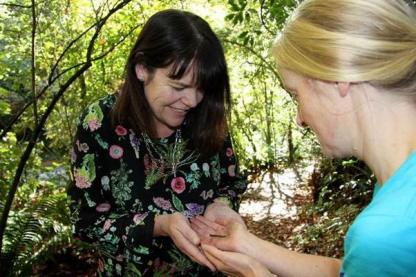 The school students will help researchers assess Dunedin's greenspaces for key peripatus habitat factors and measure the variety and number of other invertebrates, and then compare these results to those from own school grounds.

Catchments Otago researchers and Otago Museum will also help the students to investigate a key question: whether the habitat features the Dunedin peripatus most prefers also have the most variety and number of other invertebrates.

“For conservation efforts to be successful, you need to have good baseline information about your organism, like where it lives and why it chooses to live there. What factors make one habitat more desirable over another?” says Dr Cynthia Winkworth from Catchments Otago.

Once the children have the knowledge they need, they will start creating suitable habitats on their school grounds and produce flyers using their results to show others how to create peripatus-friendly habitats at home.

“This is a fantastic opportunity for some of our children to roll up their sleeves and get involved in some real science," says Steve Hayward, Green Island Principal "This is a win-win as we will be helping to preserve the peripatus in our city, and pupils will be gaining real-world scientific experiences and knowledge.”