The “Mickey Mouse problem” commonly referenced in religious psychology refers to the difficulty in predicting which supernatural beings are capable of eliciting belief and religious devotion.

Why, for example, don’t fictional characters such as Mickey Mouse achieve the same belief and devotion as society’s more traditional religious icons?

In research published in the journal PLOS ONE, lead author Dr Thomas Swan has developed a god template that distinguishes such religious and secular supernatural beings by exploring the attributes people associate with each.

The study asked just over three hundred participants to invent a religious or a fictional being and assign them five supernatural abilities.

Participants assigned religious beings a higher proportion of mind-based abilities, such as mindreading or omniscience, that defy typical expectations about what minds can do.

Fictional beings on the other hand, defied different kinds of expectations, such as having the ability to pass through walls, fly, or live forever.

Other significant differences included religious characters being judged as more potentially helpful, and being regarded as more ambiguous, meaning they had abilities that were less well-defined.

“This ambiguity attribute is interesting as it gives people latitude to form interpretations of religious beings that are personally appealing and plausible,” Dr Swan says.

And whereas fictional beings were given character traits that defined them as heroes or villains, religious beings were more ambivalent and associated with similar ratings of benefit and harm, potentially making them capable of eliciting both love and fear.

The study found that these differences in attributes held up regardless of whether the agents were invented or well known to participants.

The findings also suggested that religious beings are psychologically attractive. 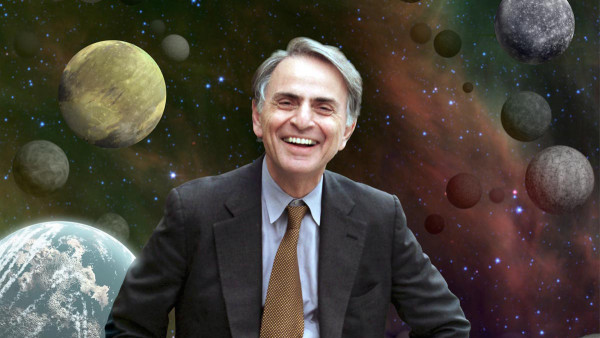 This psychologically appealing god template has already been integrated into a larger cognitive-motivational model of religious belief, as is the principal focus of Dr Swan’s second Doctorate under the supervision of Professor Jamin Halberstadt of Otago’s Department of Psychology.

Dr Swan graduated with his first PhD in nuclear physics from the University of Surrey in 2011.

“When I read Carl Sagan’s Cosmos as a 16-year-old, I never would have thought it would inspire two PhDs,” he says.

“Cosmos wasn’t only about stars and planets; it was about the astronomers themselves, the cultures they endured, and the persecution they faced from the Church.

“Like any young scientist, I wondered why those religious leaders did that. What was in their minds? What motivated them? And now I have found some answers to those questions.”

Additional information: The original article at the University of Otago website