Rutherford Discovery Fellow from the University of Auckland, Dr Emma Carroll's has undertaken a 3-month expedition to South Georgia Island in the sub-Antarctic South Atlantic from December 2018.

Rutherford Discovery Fellow from the University of Auckland, Dr Emma Carroll, was part of the first research team to deploy satellite tags on whales at the UK overseas territory of South Georgia/Islas Georgias del Sur this summer. Led by the British Antarctic Survey, the collaborative project seeks to understand the recovery of whales species in this former whaling hotspot. This season was unusual, with humpback whales seen in groups numbering in the hundreds. This likely reflects the large abundance of their prey, krill, and meant that the focus of the season was humpbacks rather than right whales, typically the most commonly seen whale species in South Georgia. The team deployed two satellite tags, and collected a number of biopsy samples and photo-identification photographs and will investigate the health, habitat use and connectivity of whales around South Georgia with their mid-latitude wintering areas. A third expedition is planned for 2020. 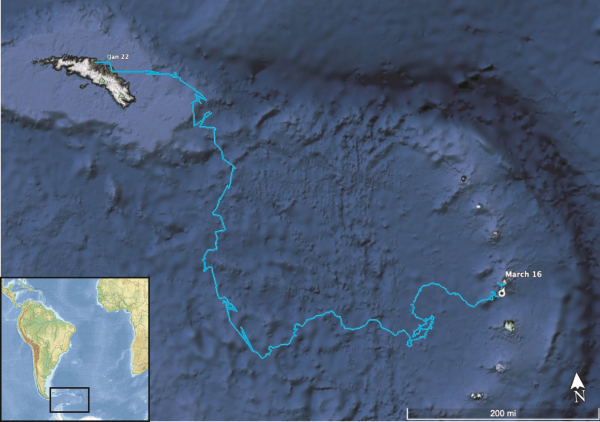