Does skipping a meal at particular times of day reduce your chances of developing obesity or diabetes? Research out of the University of Otago has found connections linking diabetes and obesity to circadian rhythm, often referred to as the body clock.

During the study the researchers examined the effects of disruption to the circadian rhythm of mice in a controlled laboratory setting. They found that repeated jetlag led to weight gain and severe diabetes symptoms. Read more about this study.

We need to think about what disrupts our body clock. Anything that interferes with it, such as travel jetlag, social jetlag, shift work, bright-light exposure at the wrong time of day, can be detrimental for human health”, says Associate Professor Alexander Tups of the University of Otago’s Neuroendocrinology and Brain Health Research Centre.

“Very bright street lights disrupt melatonin, which is the hormone that regulates the circadian rhythm. This disruption can lead to obesity and diabetes if our studies can be translated to humans, but there is also accumulating evidence that disrupted melatonin secretion leads to cancer,” Associate Professor Tups adds. 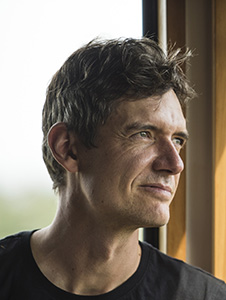 He hopes these findings will prompt experiments with humans to investigate which intensity of artificial light suppresses melatonin, and thereby would be detrimental for human health. This would lead to more informed decisions in choosing artificial light sources for their particular purpose.

A separate study also examined how the body clock influences the ability to process fatty food, and found supportive evidence for the popular diet technique of skipping a meal.

Read more about this study.

“Essentially, it matters what time you eat. Our bodies produce hormones which appear to work better at fighting off fatty foods consumed at particular times of day. If we avoid eating at times when these hormones are not working, we can reduce the detrimental effects of a fatty diet,” Dr Tups says.

The crucial hormone in regard to eating time is leptin; a body-weight regulatory hormone. Detrimental effects of high-fat feeding are exacerbated during leptin resistant times of the day.

The researchers discovered that contrary to current thinking, resistance against leptin is not universal throughout the day in obese mice.

“There are times when the mice were still sensitive to the hormone – so if the eating pattern is restricted to this time period the beneficial effects can be maximised,” Dr Tups says.

In mice it was particularly detrimental for metabolic health when access to fatty food was restricted to the late night and early morning, times when the animal was resistant to leptin. For mice, this would be dinner time, as they are active during the night and sleep during the day.

Because of this difference the Associate Professor Tups cannot yet give a clear recommendation which meal to skip to lose body weight.

“However, if the results were directly translatable to humans it would be most likely dinner. It needs to be in alignment with our body clock and would also depend on our individual chronotype, that means whether a person is a lark or an owl may make a difference about choosing which meal to skip,” he adds.

Both studies are published in Endocrinology and the FASEB Journal and are hyperlinked above.

UOO1601 'Hypothalamic Inflammation: Cause of leptin resistance and obesity?'