Home Research Updates The resilience of a developing brain

The resilience of a developing brain

Ngā Kete: Newborn and prenatal mammals can survive more prolonged restrictions of oxygen to the brain without suffering neural injury than adult mammals can; this knowledge could help improve treatment of acute neonatal encephalopathy.

Your first breath will probably have been the most difficult of your life, as your tiny fluid-filled lungs began the job of a lifetime supplying your body with oxygen. Prior to leaving the womb, you had no need to breathe as all the oxygen you needed was supplied through the umbilical cord. Before and after labour, essentially all mammalian babies experience a period of hypoxia (oxygen restriction).

Despite this, only a relatively small proportion of all infants will go on to develop hypoxic-ischaemic encephalopathy (HIE). This type of brain damage is the most common cause of death or disability in neonates (newborns). In 2010 1.15 million babies worldwide were estimated to have developed HIE, with 96% of them born in low-middle income countries.

Ischaemia is when there is a restricted blood supply to tissues, resulting in a shortage of oxygen needed to keep the cells within the tissues alive. Some organs in our body are particularly susceptible to damage from oxygen restriction, including the heart and brain. Irreversible damage can occur in as little as 3-4 minutes at body temperature.

In adult life, people like mountaineers are susceptible to ischaemia in the form of altitude sickness, as are divers who use rebreathers containing mixtures of oxygen while diving at deep depths. Remarkably, research shows that the developing brain of fetuses and newborns are actually far more capable than mature adult brains of surviving prolonged periods of hypoxia-ischaemia without sustaining neural injury.

An article in the new issue of Journal of the Royal Society of New Zealand: Ngā Kete 'Endogenous neuroprotection after perinatal hypoxia-ischaemia: the resilient developing brain’ led by Alistair Gunn FRSNZ explores this exceptional tenacity of the immature brain, and discusses how more knowledge of the brain's resilience could help further develop treatment for HIE.

In part this resilience is due to natural, inherited protective processes (endogenous mechanisms) that help suppress the destruction and cell death that begins to occur after oxygen deprivation. Many cells have displayed the ability to recover even from seemingly severe periods of hypoxia-ischaemia by using an adaptive lowered metabolic rate.

In this hypometabolic state, the body reduces its brain activity and results in mild hypothermia of the body and brain. This spontaneous fall in temperature has been measured in newborn mammals who have experienced HIE and therapeutic hypothermia is now used to treat infants with HIE. However, despite significantly improved outcomes, nearly half of infants affected with HIE still do not survive, or survive with altered brain functionality.

In the Ngā Kete article, it is suggested that deeper understandings of the resilient developing brain will help discover clues of novel ways to treat HIE. Some endogenous neuroprotective compounds such as erythropoietin (EPO) and melatonin have been highlighted as showing particular promise, with multiple potential benefits and excellent safety records in other settings. 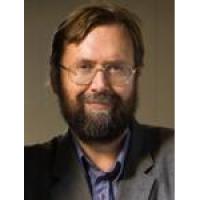 Professor Alistair Gunn was made a Fellow of Royal Society Te Apārangi in 2009 and is currently a Professor of Physiology in the Faculty of Medical and Health Sciences at the University of Auckland. His research has targeted major causes of death and disability in early childhood, including the mechanisms and treatment of asphyxial encephalopathy, the identification of the compromised fetus in labour and the methods of resuscitation, and prevention of life threatening events in infancy. His experimental studies were essential in establishing how and when hypothermia can be successfully used to reduce brain damage in babies with encephalopathy.