Home Research Updates Why are phosphorus concentrations decreasing in our rivers?

Why are phosphorus concentrations decreasing in our rivers?

Recent median concentrations of phosphorus in Aotearoa’s streams and rivers appear to be decreasing. Several probable causes for the improvement are discussed in a review paper from Ngā Kete: The 2019 Annual Collection of Reviews.

Phosphorus is the second most plentiful mineral in your body (after calcium) and is essential to all living things. It has all kinds of uses, both industrial (e.g match sticks) and biological (e.g producing and managing energy in cells).

Phosphorus is also commonly used in agricultural fertilisers as it is essential for plant growth. In its ground-rock phosphate form it can also reduce soil acidity. New Zealand soils in their natural state are phosphate deficient and quite acidic, and fertilisers and lime have long been used to support and sustain pasture, crop and orchard production.

Early farmers used compost, manure or ground animal blood and bone as fertilisers for their pastures. The first imported fertilisers first came to NZ in 1867 in the form of guano (accumulated seabird poo) and later in the form of superphosphate (a phosphorous-rich fertiliser).

Public concerns for the effect of phosphorus use on the environment increased as it became apparent that runoff and drainage from soils enriched in phosphorus leads to increased algal and plant growth in streams and rivers, impairing the quality of the water.

This valuable work was done as part of the Our Land and Water National Science Challenge, and initiative to enhance primary sector production and productivity while maintaining and improving our land and water quality for future generations.

It is demonstrated in the paper that changes in land use, an increase in nitrogen fertiliser use to assimilate the phosphorous in the soil, and a greater public understanding and awareness of phosphorus as an environmental issue may have helped change behaviours to decrease phosphorus concentrations.

However, the most probable causes to attribute the improvements to were better mitigation of phosphorus loss from land, the use of best practice strategies and guidelines directing where to use phosphorus, and the introduction of policy for phosphorus management.

The time taken to adopt practices in New Zealand and Australia has been identified as being 16.5 years on average, which when combined with catchment processes means there is often a lag before seeing beneficial outcomes in water quality. The newness of national policy direction for phosphorous in Aotearoa such the NPS-FM (National Policy Statement for Freshwater Management) and the lead-in time for its implementation suggest that the changes seen in water quality are not likely to be stemming from the NPS-FM. The authors suggest that some national guidelines that were introduced long ago have had far-reaching effects (such as a code of practice for spreading fertiliser in 1994), in addition to early targeting of national and regional policy.

Effort from farmers and regional councils such as fencing off waterways and restricting the amount and form of phosphorus has had positive effects. In Taranaki a sustained effort to fence 7,000 km of waterways since 2000 has helped to significantly decrease the median phosphorus concentration in that area.

The findings in this paper provide further rationale for developing and implementing mitigations, and supporting them with voluntary guidelines and regulations. The article ‘Why are median phosphorus concentrations improving in New Zealand streams and rivers?’ is published Open Access in Ngā Kete: the 2019 Annual Collection of Reviews, the upcoming issue of Journal of the Royal Society of New Zealand at Taylor & Francis Online. 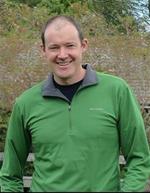 Professor Richard McDowell was elected Fellow of the Royal Society of New Zealand in 2017 and is Chief Scientist for the Our Land and Water National Science Challenge. He has also served as an Associate Editor for the New Zealand Journal of Agriculture for many years.