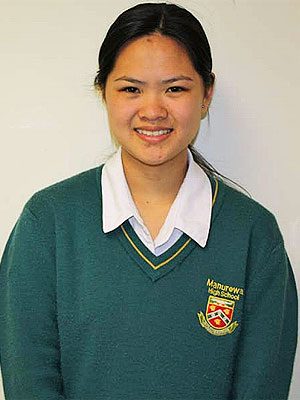 Anne Sim has been awarded a Gold CREST medal for her studies investigating the concept of whether algae could be used to reduce industrial carbon dioxide (CO2) emissions.

Anne says “Global warming is a major issue in the 21st century. Over the past 50 years the average surface temperature has increased at a rapid rate that hasn’t been observed before and is predicted to keep increasing. As global warming is a big issue in the 21st century along with limited supply of fossil fuels, scientist has been working hard to come up with a solution to reduce CO2 emissions and the limited supply of fossil fuel. As a result of this scientists are experimenting with algae. Algae can reduce CO2 by undertaking photosynthesis.”

She compared two different environmental systems along with the effect of iron on the ability of algae to maximize its capacity to convert waste CO2; and calculated the relative efficiency and cost effectiveness of both methods.

Anne found that in both systems, the addition of iron increased algal growth and hence the amount of CO2 that could be taken up.