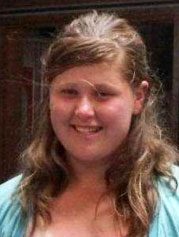 Anna has been awarded a Gold CREST award for her project:

This is a study of the native earthworm Octochaetus multiporus. It is an extension of earlier studies Anna had  undertaken, which discovered the earthworm produces bioluminescent mucus that luminesces a different colour depending upon the maturity of the worm and that this mucus is extremely toxic to Escherichia coli bacteria.

While numerous researchers have studied earthworm mucus few of the studies have been specific to O. multiporus. In this study Anna wanted to find out what the mucus is; what it is composed of and its role in the ecology of the earthworm.

The field study at Ballantrae revealed that the worms are actively churning up the soil forming an open, friable structure that provided a good medium for deep root penetration and a soil that is freely draining. The worms lived below 100mm in burrows that are lined with “cemented” soil that consists of mucus that has coagulated to form a lining to the burrow.

Chemical analysis of the mucus indicates that traces of 33 metals/minerals were present in the mucus. Three of these minerals: magnesium, potassium and calcium are essential for the healthy growth of plants in the soil. Their presence in the mucus suggested that O. Multiporus was making a valuable contribution to the soil by producing and adding as it processes soil and mixes organic matter into the soil as it burrows.

Bacteria were successfully cultured from samples of bulk soil, burrow wall, cast and mucus. The casts had the lowest bacterial counts of all. Overall there was a marked reduction in bacteria present in the burrow wall, mucus and cast compared to the soil. The mucus is known to be highly toxic to Escherichia coli and it is concluded that a reduced bacterial count occurs wherever the mucus comes into contact with the soil.

Microscopically, the mucus is composed of organelles moving around within a fluid medium. The fluid is coelomic fluid. Under a normal light microscope three types of organelles were seen. Two of these fluoresce with different colours, under ultraviolet light; the third type did not fluoresce. Ovoid bodies attached to one type of these organelles are believed to be bacteria and the immobility of these bacteria suggests that this organelle is toxic to these bacteria and it is removing them from the coelem of the worm.

A transmission electron microscope study of the thin slices of the mucus revealed that these organelles are coelomocytes.

Four different types of coelomocytes are recognised and this study concluded that the function of at least one of the coelomocyte types is to protect O. multiporus from harmful bacteria.

Phenol sulphuric acid tests of the mucus confirmed the presence of polysaccharides attached to proteins. Anna’s results suggest that the mucus contains proteins. The coelomocytes are the most likely protein bodies. An ELLA test specifically for the sugars attached to the protein mucin showed this protein is most likely not present in the mucus