Home What we do Our funds and opportunities Marsden Fund Celebrating Marsden research Book Gallery Tuai: A Traveller in Two Worlds

Tuai: A Traveller in Two Worlds 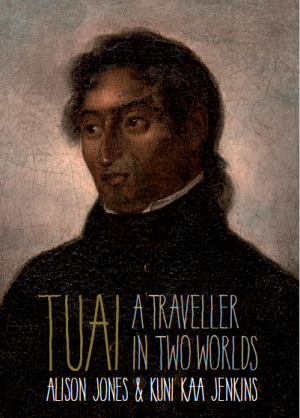 In early 1817 Tuai, a young Ngare Raumati chief from the Bay of Islands, set off for England. He was one of a number of Māori who, after encountering European explorers, traders and missionaries in New Zealand, seized opportunities to travel beyond their familiar shores to Australia, England and Europe in the late eighteenth and early nineteenth centuries. They sought new knowledge, useful goods and technologies, and a mutually beneficial relationship with the people they knew as Pākehā.

On his epic journey Tuai would visit exotic foreign ports, mix with teeming crowds in the huge metropolis of London, and witness the marvels of industrialisation at the Ironbridge Gorge in Shropshire. With his lively travelling companion Tītere, he would attend fashionable gatherings and sit for his portrait. He shared his deep understanding of Māori language and culture. And his missionary friends did their best to convert him to Christianity. But on returning to his Māori world in 1819, Tuai found there were difficult choices to be made. His plan to integrate new European knowledge and relationships into his Ngare Raumati community was to be challenged by the rapidly shifting politics of the Bay of Islands.

With sympathy and insight, Alison Jones and Kuni Kaa Jenkins uncover the remarkable story of one of the first Māori travellers to Europe.