George was first involved with Royal Society Te Apārangi in the 2012 Realise the Dream National Science and Technology Awards for school students, and has since completed a Bachelor of Science and Bachelor of Arts with Honours in Geography. In the years since, he helped create a citizen science project called the Kea Database, and is shortly moving to Paris to pursue a Masters degree at one of France's foremost tertiary institutions.

My first introduction to Royal Society Te Apārangi was in 2012, submitting my 'Online Course Management' system for consideration. This online platform was created for my high school, Burnside High, as part of the newly created 'generic technology' programme. This programme was founded by the forward-thinking Digital Technologies Head of Department John Creighton, and enabled students such as myself to build whatever they liked so long as it followed the technology process of working with stakeholders, creating briefs and doing research to ultimately deliver something useful.

I was fortunate enough to be picked for the Realise the Dream programme, and little did I know what I would be in for! Whether it was marvelling at the hydro-electric works of Tokaanu, feeling squeamish about fish research in Leigh or having high tea with the British High Commissioner, it was certainly an experience I am very grateful for, as well as a fantastic opportunity for personal growth.

My first foray into academic studies started in computer science, the seemingly logical subject choice for someone who enjoyed solving problems with computers—or so I thought! As it turned out, the study of computer science turned out to be a highly theoretical undertaking—not so much about doing interesting things with technology, but rather trying to teach the logic, mathematics and structure that underpins computers today. For some people this was probably interesting but I rapidly lost interest in the blur of equations and theorems, a fact that was reflected in my grades at the time. This waning enthusiasm led to a review of the available options, and very quickly geography stood out as the obvious choice—an appealing mix of the earth sciences, social studies and geospatial information technology. I loved the interdisciplinary nature of geography, covering everything from the dynamics of the ocean and the atmosphere, to how people interact with the human and natural world around them. Studying in Christchurch enabled me to not only go on multi-day field trips in the Southern Alps using high-tech GPS and remote-sensing technology, but also to study and understand concepts such as resilience in a city under reconstruction.

This change in subject ultimately resulted in a Bachelor of Science in Geography endorsed in Environmental Science in 2016, followed one year later by a Bachelor of Arts with First Class Honours in Geography. My dissertation focussed on trying to understand the use of data by community conservation groups, drawing on geographical, conservation and technological knowledge. I was lucky enough to be awarded a Freemasons University Scholarship, and I was also recognised with the Gold Award (Student) at the University of Canterbury's Sustainability Awards for my extra-curricular environmental work on campus. 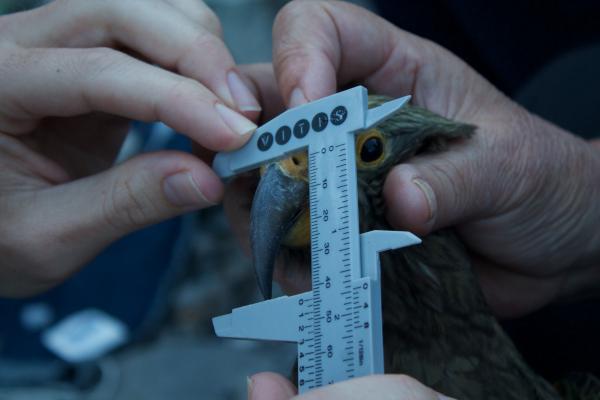 I aim to be an 'academic citizen', trying to use skills I've acquired for the benefit of the wider community. An example of this is my involvement with the citizen science 'Kea Sightings Project', something that intersects with many of my interests such as geography, technology, conservation and community involvement. This project first started from a chance meeting with ecologist Dr Laura Young and Mark Brabyn, and involved the creation of an online 'Kea Database' (http://keadatabase.nz) as well as a large poster/brochure campaign and a physical information shelter in Arthur's Pass. The endemic kea, Nestor notabilis, is one of the world's smartest parrots, with a current population estimate of around 3000–7000. Unfortunately this number is declining primarily due to predation, lead poisoning and human interaction (e.g. being hit by vehicles). Kea are a keystone species for the distribution of seed amongst our alpine flora, so a loss in their numbers could have considerable effects on vegetation, not to mention making the Southern Alps a more lonely place. Our project is hoping to achieve two things: (1) increase understanding and education on the kea and threats and (2) try and understand more about populations of kea. What's unique about the Kea Database compared with other citizen science projects is it enables people to look up individual birds based on the highly-visible coloured bands on their legs. This enables us to track individual kea, to help us better understand their behaviour. In less than two years since the database launched, we've had over 3500 sightings of kea from around the South Island!

In the meantime, after moving into full-time work in the technology industry for a year, I decided to submit an application to l'Institut d'Études Politiques de Paris ('Sciences Po') for the Master in Environmental Policy. I was excited by the learning opportunities presented by the multidisciplinary degree, which includes studying the subjects of biodiversity, climate change and earth systems, combined with improving understanding of the legal, social and economic aspects to sustainable development. To my surprise and excitement, I was admitted to the programme which starts in August 2019. If you'd told 17-year-old me studying computer science in Christchurch that I'd end up doing an environmental policy masters in Paris, I wouldn't have believed it! 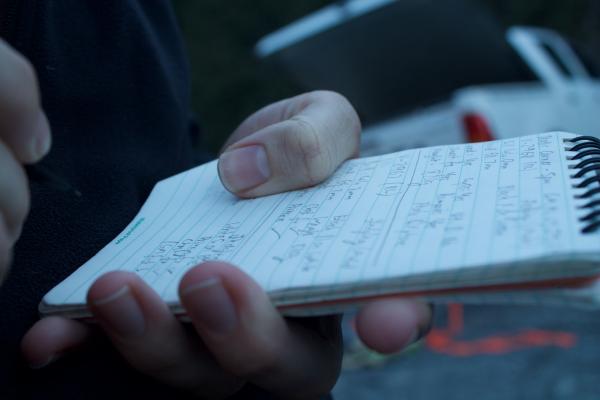 The key lessons I would say I've learned from my windy path through study are to keep your options open (especially in first year), and to look out for extra-curricular opportunities and experiences that align with your interests and skills. I regret that I jumped headfirst into university without giving a variety of subjects much consideration, when doing so would've enabled me to discover a whole range of new interests and subjects. The extra-curricular opportunities I have found (both at university and outside of it) have been some of the most rewarding and interesting things I've done, both for helping the wider world, meeting new people, and learning a pile of technical, practical and transferable skills. And finally, it might be a cliché phrase, but aim to be a life-long learner—there's just so much out there to explore and learn throughout life!