Talented school student alumnus and Gold CRESTer Haydn Luckman describes his journey from entering a project in a science and technology fair at school to being an engineer at one of Australia’s largest natural gas producers.

It all started two-thirds of my lifetime ago.  It was 1996, the year my family bought our first computer, and I was an intermediate school student with an interest in engineering (mucking about in the shed!).  I undertook and entered a project into the Science and Technology Fair called ‘Econolite’. The objective of the project was to find a new building material made from abundant, low value materials.  Of the materials I tried, pumice suspended in a concrete matrix was the most interesting.  It was lightweight yet strong, water resistant, had a substantial fire resistance and would be simple to produce.

I went on to do other projects throughout my school years. Of note was a study of the feeding patterns of New Zealand’s introduced animal pests such as possums and rats.  The goal of this project was to help provide more targeted control of their numbers (i.e. reduced costs and less by-kill of non-target animals). Through my work on this project I was fortunate to be selected by the Royal Society of New Zealand to represent New Zealand at the APEC Youth Science Festival in Singapore in 2000. This was an amazing opportunity to broaden my knowledge of science as well as other cultures.  One of the highlights of the event was giving a speech on climate change.  This was back when the subject wasn’t familiar to many people and few studies were published on the subject.  I still look back on this trip, my first outside of Australasia, as a being a significant part of my education. 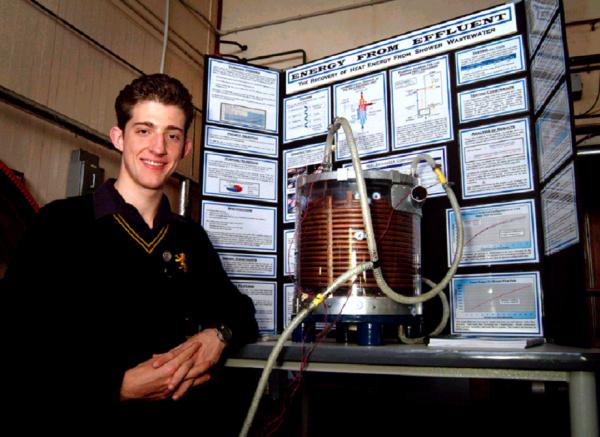 In my final year of high school I designed an energy efficiency system for domestic showers.  A heat exchanger recovered the energy of warm wastewater and used it to preheat the incoming cold water.  The net result being less electricity consumption in heating water for a shower.  I followed the CREST programme, supported by Royal Society Te Apārangi, which provided very helpful structure and support.  I was granted a Gold CREST Award, and took out the top prize in the technology section of the National Science and Technology Fair.  This was, by far, the biggest success and learning experience of my time at high school.  Because of this success, I represented New Zealand at the London International Youth Science Forum and the Beijing Youth Science Creation Competition.  Both were events to outdo any “gap year”.  In London, I met some amazing people and attended lectures from some of the top academic staff in the world. In Beijing, the highlight was mixing in another culture and touring the great icons, the Great Wall, Forbidden City and Summer Palace. 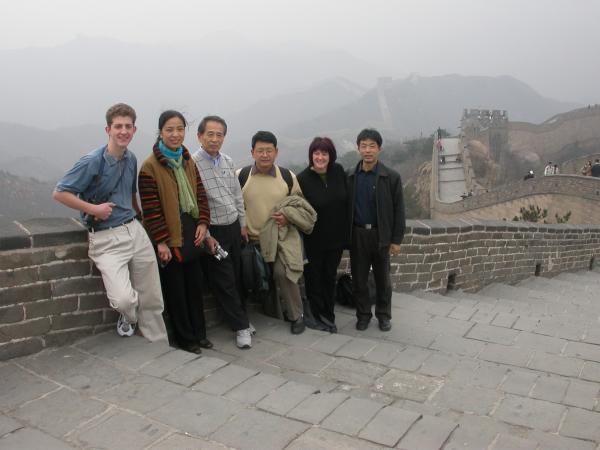 Haydn with the Beijing Delegation and Debbie Woodhall from the Society

In 2008 I completed a Bachelor of Commerce and a Bachelor of Engineering conjoint degree, graduating as the top scholar in my commerce major and with first class honours in engineering.  The knowledge and skills I learned while undertaking my high school projects, and especially the final project through the CREST programme, were invaluable at university.  The projects gave me an ability at logic and reasoning that I have found to be relatively unique, even when comparing traits of my colleagues today.

In my opinion, cultural awareness is increasingly important in today’s global economy.  Experiences such as my trip to Singapore, London and Beijing were extremely beneficial to my understanding, and helped me a great deal through university and my professional career.

For the last 8 years I have worked for Santos, one of Australia’s largest natural gas producers.  I have been a key part of the engineering team that designed facilities for their pioneering Coal Seam Gas (CSG) to LNG project, an AUD $30 billion venture.  It was exciting being part of such a large undertaking where every decision made has substantial consequences.  In my first month on the project I identified an opportunity to make a simple change to some facilities that offered a potential saving of over AUD $50M – just a fraction of a percent of the total project!  Later in the project I worked to optimise the field development plan – targeting increased value generation, and least environmental footprint.  I am particularly proud of one piece of analysis which allowed us to avoid almost AUD$0.5 billion in expenditure and substantially reduced our environmental impact. 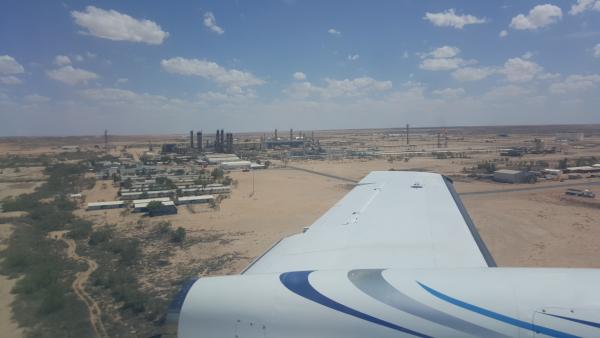 The LNG produced by the plant is now providing affordable natural gas to markets such as Korea and Indonesia, reducing their reliance on coal fired power stations and providing a subsequent reduction in CO2 generation.  I was fortunate to be promoted quickly in Santos and just five years after joining I held the position of Engineering Superintendent at one of the company’s refineries.  I really enjoyed this position; I led a multi-disciplinary team of very talented engineers and had freedom to decide what activities and projects we would undertake each year.  We had some great achievements, including a substantial reduction of the risk profile of the plant through additional corrosion inspections and repairs, as well as substantial cost reductions through economic evaluations/comparisons of each project and activity.

Currently I’m taking a year off to recharge and travel to a few lovely parts of the world.  Naturally, the first stop had to be back to New Zealand and I’m writing this sitting in a café at Mt Cook village enjoying the view up to the mountains.  I have a few ideas of what’s next for my career, there are certainly plenty of options thanks, in no small part, to the experiences and support provided by Royal Society Te Apārangi. 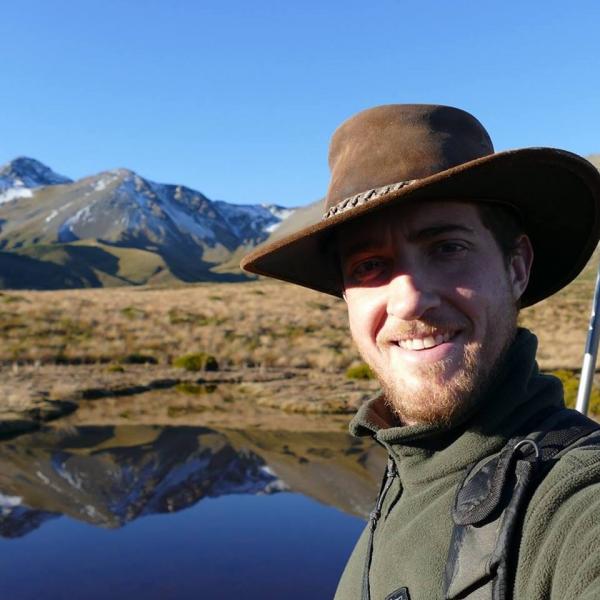