Henry became involved with Royal Society Te Apārangi when he was selected for the Reel Science Film Competition in 2010. He is now working at Weta Digital.

I became involved with Royal Society Te Apārangi  in 2010, in my final year at Papanui High School, Christchurch via a short science film competition organised by the Society and sponsored by Freemasons New Zealand. One of my science teachers encouraged me to give it a go and so together with school friends Julian Le-Ngoc and Richard Martin we created, as per the brief, a short film with a science theme. We spent many hours after school setting up a green screen in the photography room and created a short film on the 'science of dreams'. I’d always had a strong interest in animation, and added some simple 2D animation cut-outs to the film to help sell the ideas. 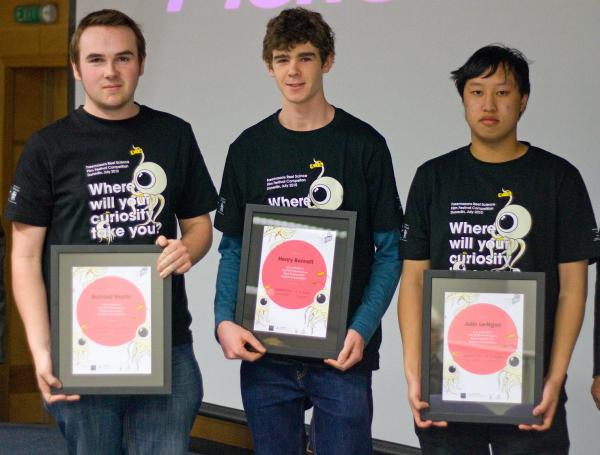 We were lucky enough to be one of six selected finalist teams to win a week long trip to Dunedin to work with a mentor from the Centre for Science Communication at the University of Otago. The mentors had a wealth of knowledge to share with us about film making.

Each team was given 48 hours to make a science based film on the topic 'Eat or be Eaten'. This was so much fun as it combined my two passions, film making and science and this experience definitely influenced my desire to pursue film making at a tertiary level.

Following secondary school, I enrolled to study a Bachelor of Art and Design in 3D Animation at Media Design School in Auckland. I really enjoyed this and learnt a whole new set of skills in animation and created several short films during my three year there. The work was hard but it was certainly worth the effort.

With a show reel in hand, I landed an internship at Cirkus Animation where I stayed for six months creating the animation of various characters for television commercials. Following that I spent some time as a freelance animator at Perceptual Engineering and had a lot of fun animating a shot of a Moa walking through New Zealand bush, which is part of an exhibit at Wellington Museum.

Shortly after, I joined Flux Animation and worked as a rigger and animator. Rigging is the process of adding a skeleton and an interface to move a character around, and is both technical and artistic. Combining my passion of science was really helpful here. Whether rigging and animating a kingfisher, a chameleon, or a prawn, I would spend many hours researching the anatomy and skeletal structures of the creatures so that the animations would move authentically. Even with just a cartoon character, it is important to start with anatomy from the real world.  During my time at Flux Animation I also learnt to code using Python to help automate some of the repetitive processes involved in rigging. 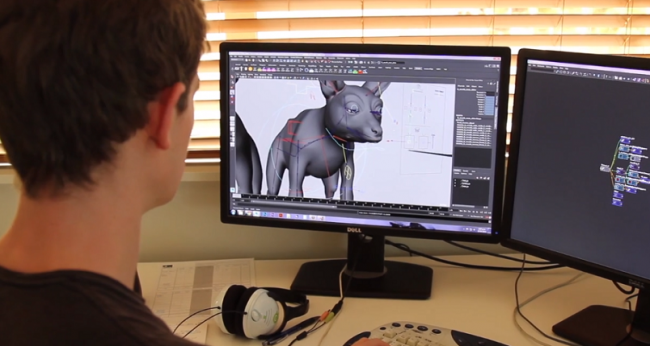 Henry Bennett at his computer

Two years at Flux Animation flew by, and I was fortunate to work with a team on many commercials that ended up being on high rotation on New Zealand television.

I am now working at Weta Digital as a technical animator and have been there for over two years now. I’ve had the privilege to work on War for the Planet of the Apes, and Alita Battle Angel which have both been challenging and immensely satisfying.

The hours can be long, and as a worker in the film industry everyone is employed as a contractor, which means job security is not as safe as other industries. However I love the mixture of creativity and technical problem solving that it allows. I am still passionate about science and would love to find more ways to combine these two fields together in the future. There are strong parallels between both fields in terms of observing the world around us. It’s a great feeling to study the motion of a creature and bring it to life on screen as a believable creature or character.

Film making is also a great medium to communicate scientific ideas and so so I’d recommend anyone who is interested in both science and creativity to give it a go!