Jacob first became involved with Royal Society Te Apārangi when he was selected for Realise the Dream in 2008, the National Science and Technology Awards for school students. Now, he is about to finish his PhD at the University of Cambridge.

Science and Technology Fairs were what really kicked off my scientific journey. In intermediate school I was selected to attend the Auckland Science Fair, and was amazed by all of the inventions and experiments demonstrated here.

A couple of years later, my high school social studies teacher encouraged me to enter the Waikato Science and Technology Fair. I built a water electrolyser to produce hydrogen, not without some minor explosions in my parents’ garage. Here I won the top technology award and $300 dollars. With that I came to the realisation that one can actually make money from science, and though that wasn't the reason I continued to pursue it - it was comforting knowledge to have in the back of my mind.

My next project took an unexpected turn as I was drawn into pseudoscience on the internet. I was lucky enough to meet scientist Dr Dean Barker, who diplomatically told me I wasn't looking in the right place and offered to mentor me. His input provided the guidance I needed to move forward and discard the false online content. During my own judging of science fairs, I have since been able to pay it forward with a student in a similar position to me. 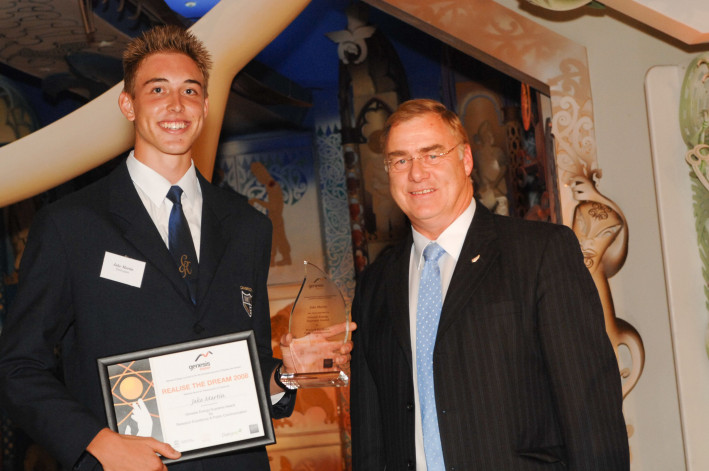 Winning Supreme Award at Realise the Dream in 2008 from Minister for Science & Technology,

Further mentorship came from industry. In high school, my technology teachers encouraged me to learn metalwork, while the engineering shop where I worked after school (Wilkinson’s Transport Engineers) gave me the keys to the workshop to use in the weekend. I was also mentored by the late Douglas Williams from Fluidyne Gasification Ltd, who walked me through building a gasifier that could convert wood into a fuel gas, allowing me to run an engine on wood. A highlight of this project was at the Waikato Science and Technology Fair, where I was able to run a generator off wood and power a light bulb, a simple proof of principle. I won the top award for this and had an opportunity to compete at the national level at the Realise the Dream competition in 2008.

A home demonstration of the gasifier to the Ministry of Agriculture and Forestry, 2009.

Before participating in Realise the Dream I did not fully understand what encompassed being a full-time scientist, but after that week I was hooked. Meeting students who also shared my passion for science was highly encouraging, and allowed me to establish many friendships. During my first year at Cambridge University I actually ran into a fellow Realise the Dream attendee, Victor Kang, who was studying insects for his PhD.

My attendance at Realise the Dream awarded me the opportunity to attend international science competitions in countries such as China, France (Paris) and the United States (Texas). At one of these competitions, I even won a trip to the Culham Centre for Fusion Energy (CCFE)- the UK's national laboratory for fusion research in Culham, England.

At the JET Fusion Experiment in Culham, England, 2010

The following year I spent a week meeting physicists and watching physics experiments that truly astounded me. Around this time, I reached out to the University of Waikato as I was becoming fascinated with the arrangement of atoms within the charcoal that my gasifier had produced. I had seen that this type of charcoal could be used as a carbon capture technology for combating climate change (called biochar, in this application). Professor Merilyn Manley-Harris and Professor Brian Nicholson helped me to a perform a range of analyses on the charcoal. I particularly enjoyed using mass spectrometers to measure its molecular makeup.

Studying physics and chemistry at The University of Auckland was exciting, and many of the friends I had met at Realise the Dream were in my classes. One of my lecturers, Professor Cather Simpson, had opened her Photon Factory laser lab to undergraduates, so I joined as a summer research student. For the rest of my undergraduate degree and into my Masters I worked on projects in the Photon Factory. 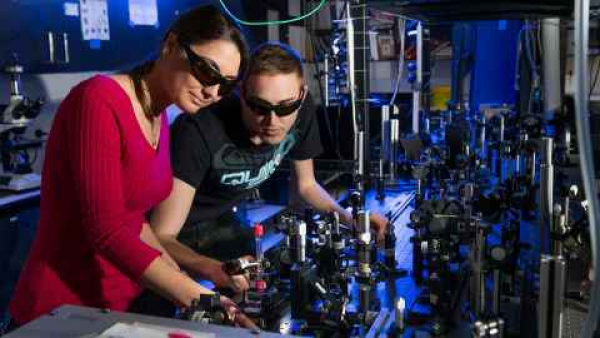 Jacob and colleague, Dr Nina Novikova, at the Photon Factory, 2015

I headed overseas for my PhD, to the Department of Chemical Engineering and Biotechnology at the University of Cambridge. As part of the Computational Modelling Group run by Professor Markus Kraft, I began working on the formation mechanism for soot pollution in engines. Surprisingly, this is still not fully understood. During my PhD I discovered new molecules that could help to explain why soot forms so rapidly, and the impact that electric fields could have on this process.

Over the last four years I have travelled around England, Ireland, the United States and Australia for conferences and collaborations during my PhD. I have also been part of the Cambridge Centre for Advanced Research and Education in Singapore, a programme funded by Singapore’s National Research Foundation under its CREATE campus, that brings local and international universities together to decarbonise the chemical industry. This has helped me to focus my research towards averting the climate catastrophe. One of my most recent collaborations with a group in Perth gave rise to my favourite publication to date expanding the nanostructure of charcoal to all disordered carbons, revealing a beautiful 3D graphene nanostructure. 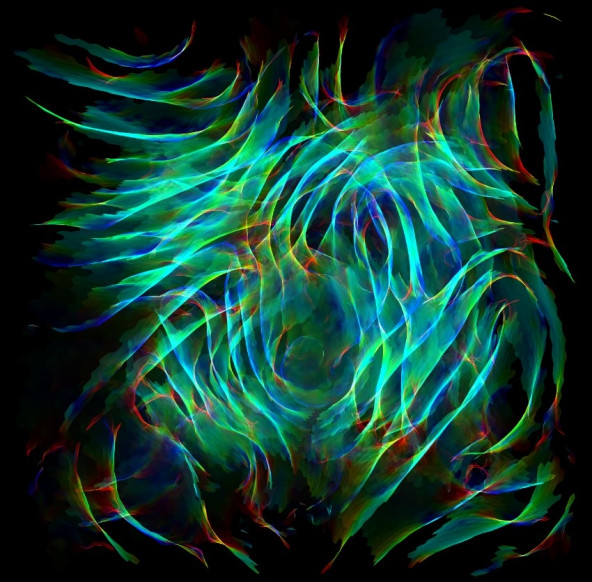 I have also presented science to the public and in schools for the UNESCO Year of Light, demonstrating how dyes block out certain colours, we prepared different coloured jellies that the kids were very happy to eat at the end of the lesson. I have also been involved in a group that brings together some of New Zealand’s top researchers in human evolution, superconductors and conservation to present a complementary view of science and faith. Finally, everyone likes a good fireball. Last year I gave a talk at a pub for the Pint of Science event in Singapore, ending the talk with a bang.

Now that I am nearing the end of my PhD I can look back and see the opportunities that were opened up to me by the Royal Society Te Apārangi. Having been exposed to researchers and cutting-edge science prepared me for international research. I look forward to continuing that research. 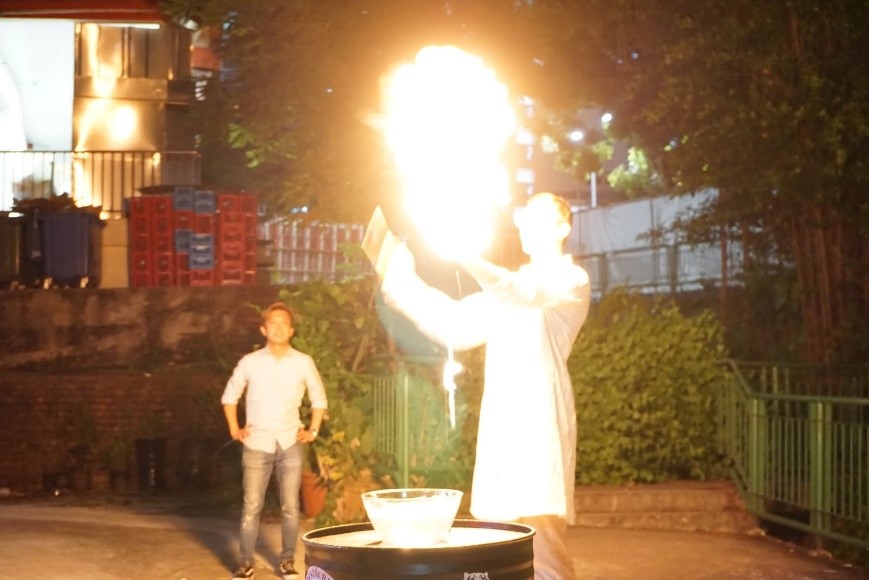