Kyle visiting his old physics classroom at Nayland College. He is using virtual reality to explain his research on self-assembling protein nanostructures to students by letting them jump into the nanoscale world.

Kyle Webster shares his story from being selected to attend an international science opportunity back in 2008 to currently just finishing his PhD and about to start working in the Office of the Prime Minister's Chief Science Advisor.

I first became involved with Royal Society Te Apārangi in 2008 when they selected me to attend the Raffles Science Symposium, Singapore together with four other students. We spent 10 days in Singapore and learnt a lot about different strands of science including technology (including nanotechnology), composite materials, quantum physics and much more. 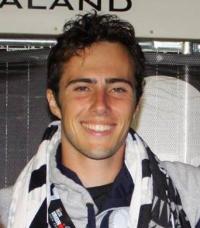 The Society also selected me as part of a team from Nayland College to participate in the 2009 Freemasons Reel Science Film Competition which ran over a week where we had to make a science film with the support of mentors from the Centre of Science Communication at the University of Otago.

After I completed my secondary schooling I enrolled at Victoria University of Wellington, initially studying a BBMedSc majoring in biomedical science with a double major in molecular pathology and human genetics. This was mainly because I thought it sounded cool! However, after hearing a giga-interesting lecture from Professor David Ackerley on something called gene directed enzyme prodrug therapy, an amazing cancer treatment strategy, I changed my degree to a BSc in biotechnology aligned to the programme he is involved with. I also started volunteering in David's lab. These sorts of opportunities are something I would definitely recommend to aspiring scientists. Hands-on experience is super valuable in building a science career. Seriously, if you have a passion for an area of science then ask about how you can get more involved.

This volunteer work led to a summer job in the lab with my Honours and PhD co-supervisor Professor Juliet Gerrard. It was hard, but super worthwhile.  Then I completed a BCom in Economics because it seemed interesting (I have no regrets doing this) and a business school finance programme at Victoria University of Wellington. That decision added a year to my undergraduate degree but I was happy to come out with two degrees and three majors after four years.

By this point I was getting pretty sick of studying at university but it seemed like professional business type jobs were not going to make me happy and so I carried out more assistant research work for a few months to build up my skills. 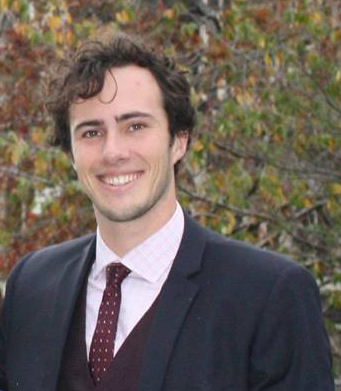 Professor Juliet Gerrard offered me a cool project to work on developing light-activated surgical glues and so I worked on that for a while. I found Honours a bit stressful, especially towards the end but I had good friends with me at VUW who supported me. About halfway through my Honours, I was offered a PhD at the University of Auckland. I wasn’t particularly keen on the idea of shifting to Auckland but my supervisor was also very supportive and it sounded like a fascinating research project which combined natural and artificial nanotechnology. So I headed up to Auckland and started the research and three years later I am about to complete it.

The research I am undertaking uses a ring shaped self-assembling human protein called peroxiredoxin 3 to assemble magnetic nanoparticles into ordered arrays that work towards building computer components that use something called magnonic spin waves rather than electricity to do computation. I’m planning to hand in my PhD thesis later this month.

I will be starting work in the Office of the Prime Minister's Chief Science Advisor to work on a New Zealand policy on artificial intelligence (AI).  I will also resume a startup (Litmaps) I founded with my software engineering mate which helps organisations to understand the scientific research landscape at an institution, nationally, and on a global scale.

Outside of work, I like to participate in triathlons and long-distance running. I usually compete in the Taupō Ironman Competition and the Wellington marathon with this year being an exception as I have been working hard on my thesis. I’m also a big space nerd and like to chill out playing video games like Sid Meier's Civilization.