During Matariki festivities people gather together to celebrate the passing of one year and the hope of a new one.  With Matariki tomorrow, this timing aligns with the handover for the Royal Society Te Apārangi Presidency and Council Members.

"It is with great sadness that we farewell Professor Wendy Larner as President of Royal Society Te Apārangi at the end of June. Her extraordinary contribution to the Society over the past three years has been significant. Although she will no longer be the President, her association with Te Apārangi will no doubt continue.

"This week we have also said goodbye to Associate Professor Siouxsie Wiles who has been on the Council for the past six years. We are immensely proud of her for her contribution to the COVID crisis response which is ongoing, and to communicating science to a wider audience. This has been the basis of her appointment as New Zealander of the Year.

"Dr Moana Theodore and Associate Professor Melinda Webber are both completing their time on the Council after three years. Both have contributed enormously to a more diverse academy and greater understanding of Māori research excellence and its value to the academy. All of these amazing wāhine have had a profound impact on the life of the Society. Their legacy will be ongoing and lasting, especially given their input into the Strategic Plan."

We offer a warm welcome to our new council members. 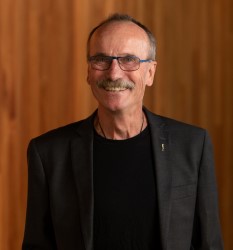 A leading soil and water scientist, Brent is Principal Scientist at Plant & Food Research - Rangahau Ahumāra Kai, based in the Manawatū. He has advanced quantitative understanding of the world’s natural capital assets that deliver ecosystem services to grow crops and enable us to make informed land-use decisions. He has developed new theories for water and chemicals moving through soil, along with inventing new devices to monitor these parameters. He has developed a new technology with his colleagues to directly measure water use by trees and vines that has helped improve water management in water-short regions globally.

Brent was the first New Zealander to be elected as an Academician in the Division of Agriculture of the Chinese Academy of Engineering (CAE). This accolade affirmed his research and academic achievements, as well as his contributions to global challenges and assisting China's agricultural water-management through collaborations and exchanges with Chinese scientists around the world. 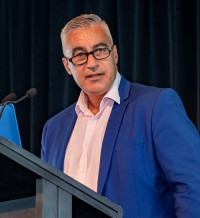 He was formerly Director of Te Mata o te Tau, The Academy for Māori Research and Scholarship at Massey University in Wellington.

He was born and raised in Poroporo and attended St Stephens Maori Boys College in South Auckland. He has tribal affiliations to Ngāti Pūkeko, Ngāti Awa and Ngāi Tai. 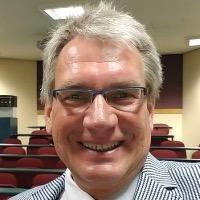 Jens has more than three decades of stratetgic leadership experience. He has served as a chair, CEO, and corporate leader of a variety of multi-national firms. For over nine years, he was one of five directors of PHARMAC, serving under three health ministers of different governments. He has also worked directly under several health ministers and the Ministry of Health to advise on governance for District Health Boards.

Jens is a Professor of Management Practice at Massey University and previously spent over two decades as Associate Professor for Governance and Global Growth Strategies at Waikato University Management School.

He is a prolific public speaker who has led keynote presentations at global conferences and corporate events. Jens currently sits on the Pukehinahina Trust in Tauranga.

Jens is also an active and passionate researcher; he has outputs at the highest journal levels globally and is the editor/author of eight books - including two best-selling governance books.

Jens has been a Professional Member of Royal Society Te Apārangi for many years, and was made a Member of the New Zealand Order of Merit in 2015 for services to business and education. 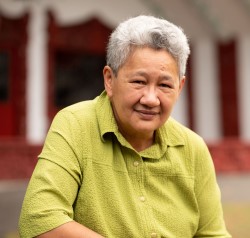 Linda led the banding together of a small group of psychologists to embed, previously missing, recognition of Treaty of Waitangi obligations and responsibilities into the rules of the New Zealand Psychological Society. She was made an Honorary Fellow of the New Zealand Psychological Society in recognition of her contribution to the bicultural development of the Society and its membership. She was elected a Fellow of Royal Society Te Apārangi in 2018. 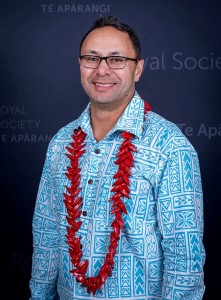 He was the first person of Pacific Island descent to become a Rhodes Scholar to Oxford. Earlier in 2012, his book Racial Crossings: Race, Intermarriage, and the Victorian British Empire won the coveted international Ernest Scott prize.

He is a prizewinning historian and academic, who specialises in the study of colonialism, empire, government and race. Specialising in the Pacific Islands, he also works on education, economics and development in the Pacific region, as well as in New Zealand and Australia.

Born and raised in Auckland, New Zealand, he is a proud son of Glen Innes, Auckland, as well as Satapuala and Neiafu/Falealupo, Samoa. He lives in sight of Maungarei and Tamaki Awa, is married to Jenny, and has two daughters.

He has a strong commitment to his father’s villages in Samoa, those of his grandfather, Neiafu and Falealupo, and that of his grandmother, Satapuala, where his title “Toeolesulusulu” comes from. He was elected a Fellow of Royal Society Te Apārangi in 2020.