Home Who we are Our structure

The operating structure of the Society has many levels.

The Act requires the Council to have

It also requires that the Academy Executive Committee establish Academy Bylaws for the operation of the Academy.

The Act establishes several types of members including:

In addition people can show interest in the Society through becoming a Friend of the Society.

Under the General Rules, the members are placed in electoral colleges which elect Council members.

The Council has established a governance charter under which several standing committees undertake functions of the Society set out in the Act:

The Society is committed to collegial modes of operation, including consultative Forums with Branches and Constituent Organisations, a committee focussing on the early career researcher community, plus a number of panels composed of experts who develop advice which the Society communicates widely. 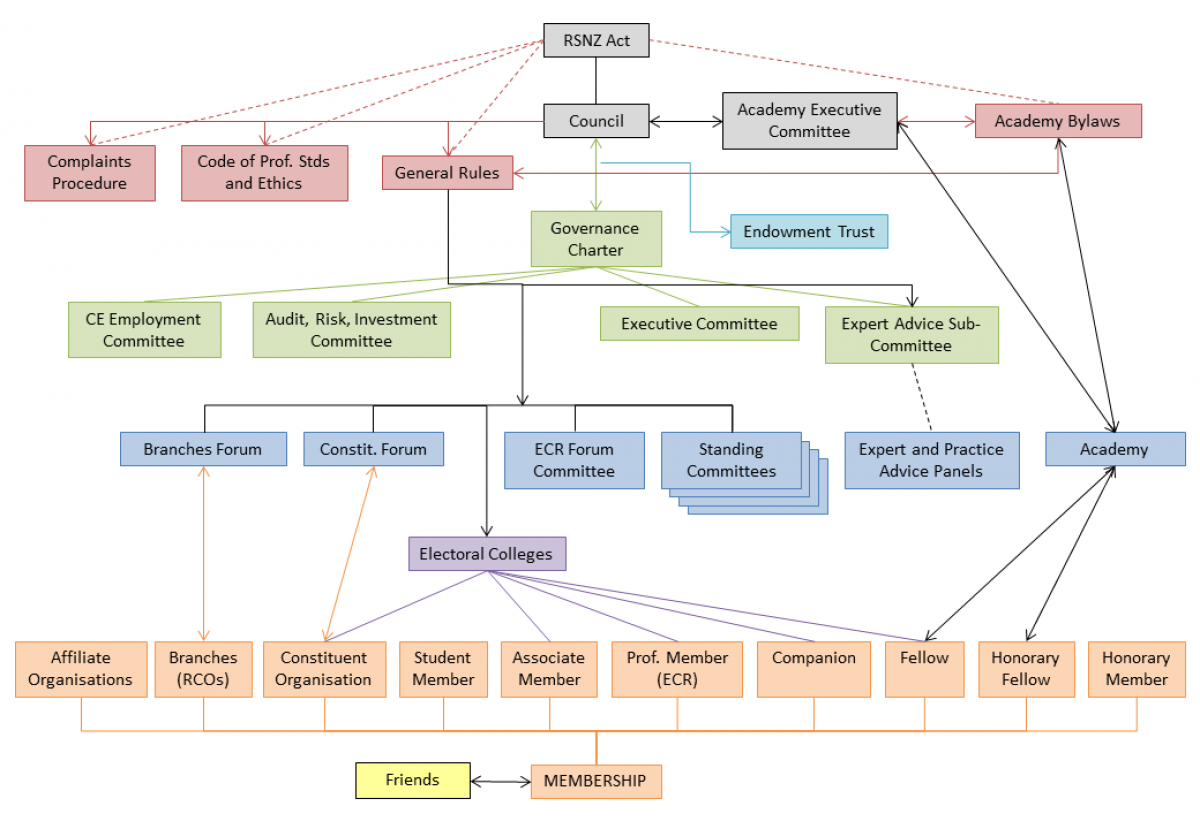