The election as a Companion is an honour recognising outstanding leadership or sustained contributions to promoting and advancing science, technology, or the humanities in Aotearoa.

The award of Companion of the Royal Society of New Zealand Te Apārangi (CRSNZ) was introduced in 1999 and there are now 54 Companions. 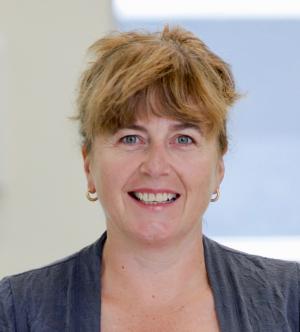 Although not her job, Judith Bateup has been teaching secondary school teachers to teach microbiology for twenty years.

Early in her career at the University of Otago, Judith observed an alarming lack of awareness of microbiology amongst school leavers and that this was influencing students' study choices.

Enquiries revealed the same deficit in secondary school science teachers. Judith made the connection that for science subjects to be taken at tertiary level, they needed to be taught in the secondary school curriculum. Judith has developed and implemented an outreach programme to augment the teaching of NCEA level 1 achievement standards that investigate biological ideas relating to interactions between humans and microorganisms. She annually host hundreds of year 11 Otago pupils for half-day workshops and also travels to rural schools. Because of these workshops, teachers feel supported to teach assessment units that they would otherwise avoid.

With this outreach running for the last twenty years, this has amounted to thousands of pupils engaging with microbiology. Judith's teacher resource packs were distributed nationwide in 2018 through Biology Educators Aotearoa NZ. Through these workshops and the provision of teaching materials, Judith is leading the promotion and advancement of microbiology in New Zealand.

Judith's influence is felt in the wider community. Judith is on the organising committee of the New Zealand International Science Festival, a judge for the Otago Science Fair and the Academic Convener of the Hands-on at Otago programme. She readily shares her knowledge through seminars and conference presentations throughout New Zealand. In 2018 Judith was awarded the Cranwell Medal by the New Zealand Association of Scientists for her efforts in communicating microbiology to the general public.

Judith has demonstrated sustained and outstanding leadership, engaging with large numbers of school pupils for many years and raising public awareness and understanding of microbiology nationwide. 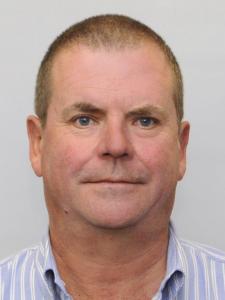 In a career spanning almost four decades, John Bongard ONZM has been at the forefront of commercial innovation in New Zealand, including as former Chief Executive and Managing Director of Fisher & Paykel. In this role John demonstrated significant business leadership, shepherding the iconic New Zealand company through worldwide expansion and challenge on the international financial stage, all the while building its reputation as the 'NASA of New Zealand' - a highly coveted place for innovative engineers to work.

As the inaugural Chairman of the National Science Challenge - Science for Technological Innovation (SfTI), John continues to support technological innovation. SfTI is charged with investing over $100 million in innovative New Zealand technological researchers who are attempting risky, untried science that might not achieve traditional funding. Now at the half-way mark, SfTI has a strong record of backing brilliant research that works, and yet faces large challenges in supporting researchers to achieve the next steps of commercialisation and bringing economic benefit to New Zealand.

John's manufacturing background and business savvy have been invaluable in tailoring and progressing SfTl's support to these researchers. John has said his role with SfTI has provided him the 'awesome opportunity' to watch kiwi researchers challenge the unknown and come up with ideas that will benefit New Zealand.

As the son of a single mother who grew up in 1960s South Auckland, John beat the odds, developing into that rarity of a brilliant technological leader who deeply values humanity. He and his wife Diane are founders of The Rising Foundation, which provides sustained intervention, mentoring and support to youth in South Auckland, including those with gang affiliations and histories of risk taking and victimisation. He passionately mentors Māori and Pasifika youth, including to think about STEM as an inspiring career choice.

John is also Company Director of the Second Nature Charitable Trust, which gives arts and sporting opportunities to children who may never otherwise get the chance. He is also Deputy Chair of the Totara Foundation, providing quality hospice care to the people of South Auckland. 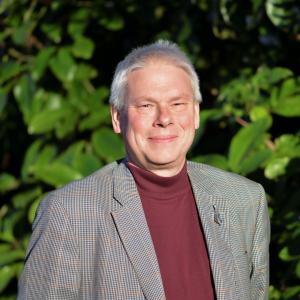 In a career spanning three decades in the cultural sector, British-born New Zealander Ian Griffin has made significant contributions to the communication of science in Europe, the USA, and more recently in Aotearoa. After obtaining his PhD, Ian left full-time academia to work in institutions which seek to enthuse, entertain and enlighten their visitors and which bridge the gap between researchers and the public.

Ian has written ten planetarium productions which have been seen by more than 150,000 people. He led the team that got Hubble Space Telescope images above the gatefold of the New York Times and when in Manchester he led the establishment of and obtained seed funding for the first Manchester science festival which is now one of the largest in the UK.

Ian has championed museums as centres of science communication. Since moving to Dunedin in 2013, he has led the team which has completely transformed the Otago Museum’s science engagement facilities, finding funding for and opening a new planetarium and Tūhura, the Museum’s bicultural science centre. From a standing start, the Otago Museum now has one of the largest teams of professional science communicators in New Zealand. In partnership with New Zealand’s leading science institutions, the Otago Museum science engagement team have run outreach events the length of New Zealand and have even visited the Chatham Islands and several Pacific Islands. This year Ian led a successful application to the Tuia 250 Lottery fund to use a forthcoming transit of Mercury as a vehicle to bring communities together across New Zealand using astronomy.

Science communication also dominates Ian’s spare time where he is a passionate advocate for preserving and protecting New Zealand’s pristine skies. He is often quoted by the media as an expert on matters astronomical. He has a weekly astronomy column in the Otago Daily Times. Ian’s entrepreneurial spirit and enthusiasm inspired “flight to the lights” the first-ever commercial flight to the southern auroral zone from his adopted home town of Dunedin. In 2015 he won the Prime Minister's Science Communication Prize. 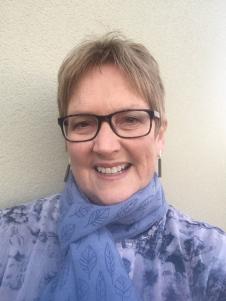 Barb has worked successfully across many sectors, contributing beyond expectation. She has also shown selfless advocacy of other researchers, going well beyond the call-of-duty to review and improve other people's research proposals, support their development and promote their achievements. She has been a quiet and effective mentor to many scientists. Such assistance has been based squarely on Barb's inspiration and team-building ability.

Barb was a pioneer of New Zealand's mussel industry with her instrumental research on spat. She was a principal in establishing the New Zealand shellfish sanitation programme that ensured public health safety and facilitated exports to several countries. She formed and chaired the government’s first Ballast Water Working Group (BWWG), which developed policy for ballast water management, and has led research on vessel biofouling to inform protection of New Zealand from invasive species.

She has also served on a large number of advisory groups and planning committees. She has contributed broadly to New Zealand's science leadership through being Chair and Deputy Chair of the Biosecurity Ministerial Advisory Committee (BMAC), on the Steering Committees for the NZ-Australia Arrangement on Marine Observation (IMOS), NZ Organisms Register (Landcare) and Technical Advisory Groups on Marine Monitoring and Reporting (MfE) and Characterising Land Biota (Landcare).

Barb has worked effectively with decision-makers within government (MPI, MfE, DOC), regional councils and industry (Straterra, PEPANZ, aquaculture, fishing, shipping). In these roles, Barb has dealt with sometimes contentious sectors and in doing so has shown determination, clarity of thought, and ethical judgement.

Barb has ensured a lasting legacy through her leadership in 2013-14 as Interim Director of the Sustainable Seas National Science Challenge. Few people have Barb's clarity of vision and leadership to guide the principles of Ecosystem-based Management, and harness the aspirations and energies of scientists from eight research institutions and numerous stakeholders into a single vision that will make a difference. 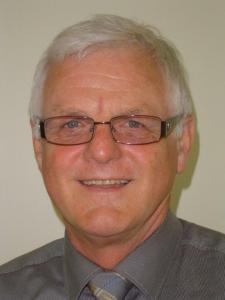 In parallel to his mainstream work, Rob Whitney has been an active member of the New Zealand World Energy Council (WEC) Committee for 20 years.  NZ WEC became the Energy Federation (EFNZ) in 1997. He chaired EFNZ from 2001 to 2015 and oversaw its progression to become the BusinessNZ Energy Council (BEC) in 2013. In 2015 he was appointed Emeritus Chair and Life Member of BEC.

Rob was New Zealand's delegate at every WEC Executive Assembly between 1998 and 2013. He was appointed to the WEC Communications Standing Committee from 2007 to 2013.

Rob was involved in all WEC energy scenarios projects between 2001 and 2016 and Executive Chair for The World Energy Scenarios: Composing energy futures to 2050 study by over 60 experts from 30 countries, launched at the World Energy Congress in Daegu Korea in 2013. The study’s market-led 'Jazz' scenario and government-led 'Symphony' scenario have been widely used by international and national organisations, businesses and researchers.

In Aotearoa they were used by the BEC2050 scenarios – 'Kayak' and 'Waka', which modelled Aotearoa energy under the WEC 'Jazz' and 'Symphony' global scenarios.

Rob's career in independent research organisations started as an intern at the British Iron and Steel Research Association in 1964. After completing his degree (Wales), PhD (Essex), and a Royal Society European Post-Doctoral Research Fellowship at Freiburg West Germany, he joined BRANZ in 1972, becoming Assistant Director in 1982.  He became Chief Executive of CRANZ (now CRL Energy) in 1988, retiring in 2015. He was the New Zealand Institute of Chemistry President in 1997. He is now Executive Officer for the Independent Research Association of New Zealand (IRANZ).

Rob has been consistently involved in largely voluntary roles with independent research organisations for 30 years, chairing the Independent Research Association’s group for 15 years, then Executive Member and Executive Officer of IRANZ. He represented independent research organisations on many working groups, from Simon Upton’s Ministerial Advisory Group to the current NZRIS and Research Charter of New Zealand Aotearoa.