Home News New findings on the dawn of agriculture

New findings on the dawn of agriculture

Dawn of agriculture linked with poor start to life in ancient Atacama, Chile

Originally published by the University of Otago on 11 September 2017

Learning to cultivate crops and other agricultural food – rather than relying on hunter-gathering – is often thought of as a key milestone in the history of humanity.

However, new evidence from the University of Otago and the Universidad de Tarapacá in Chile indicates that the adoption of agriculture was associated with poor maternal and infant health in the ancient Atacama Desert.

This work provides the first direct evidence for maternal-foetal transfer of a nutritional deficiency in an archaeological sample.

“However, crop foods are quite poor in many nutrients needed by growing babies and their mothers. Women and children are particularly vulnerable to the negative effects of agricultural intensification and resource scarcity.”

The research team’s findings appear in International Journal of Paleopathology.

“Our new paper sheds light on to the impact of the agricultural transition on these past people, showing rare evidence for newborns and foetuses, including a possible mother-baby pair, with signs of pathology related to food deficiencies.

“This kind of direct evidence of maternal-foetal transfer of a nutritional deficiency is not something we have ever seen in the archaeological record.”

This research aimed to assess if there was any impact on the reduction of dietary diversity with the adoption of agricultural food practices, by investigating disease evidence on the skeletons of individuals from a transitional Early Formative Period site (3,600-3,200 years before present).

All the infants at this site showed potential evidence for nutritional insufficiency in the form of scurvy (vitamin C deficiency).

“By analysing the patterning of this abnormal bone formation throughout the skeleton, we can identify people who suffered from a period of vitamin C deficiency during their life, and this can give us information about the general quality of their diet. Scurvy is associated with low dietary diversity and generally poor nutrition.”

Senior author Dr Sian Halcrow, of the Department of Anatomy, says there has been a focus archaeologically on the exploration of the pre-agricultural Chinchorro people and associated elaborate mummy burials.

However, recent research highlights periods of increasing infant mortality during the transitional period from hunter-gatherer to agricultural practices, and biological anthropologists are beginning to investigate the reasons for this.

“This work is important for the wider interpretation of the environmental context of the Atacama Desert, in northern Chile, in which these populations lived. This desert is one of the harshest environments in the world, with the least amount of rainfall (<2 mm per year) of any hot desert.

“The stresses on these people may have gotten worse with the adoption of agricultural food crops, which are poor sources of many important nutrients,” she says.

Ms Snoddy says the researchers interpreted that the vitamin C deficiency was possibly due to periodic food shortages from El Niño events in the area.

“In this paper, we argue that the extreme arid environment of the Atacama means that it is particularly ecologically unstable, with climate change causing major impact on both marine and land resources.”

Dr Halcrow says “importantly, the group’s latest findings also contribute to an understanding of the sensitive relationship between the ill health of the mother and infant in the past”.

“Ongoing work on bone and tooth chemistry and microfossil analyses of dental plaque may provide further insights into the transition to agriculture at this time.”

This project was supported by a Marsden Grant (UOO1413 "Transitions in prehistory: subsistence and health change in northern Chile") from the Royal Society of New Zealand, a CONICYT Anillo award, and a University of Otago Doctoral Scholarship. 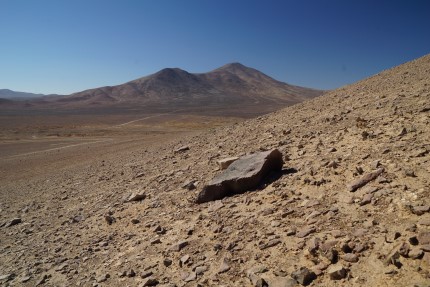