A gathering was held at Te Whare Apārangi in Te Whanganui a Tara last night for the poroporoaki farewell of Chief Executive Dr Andrew Cleland FRSNZ, who leaves the Society at the end of the month. The event celebrated Andrew’s commitment and dedication to Royal Society Te Apārangi as well as the legacy that his mahi and relationships will leave.

Dr Andrew Cleland has been the Chief Executive of Royal Society Te Apārangi for over 6 years, starting in September 2014. During his time he has served with three presidents – Sir David Skegg, Dick Bedford and Wendy Larner, as well as many different council members. 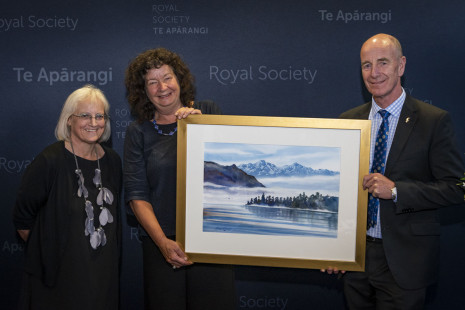 During Andrew’s speech, he reflected on his “two-part career”, the first part being in research, and the second where he could focus more on his passion for public service. Prior to joining the Society, he served as Chief Executive of Engineering New Zealand (formerly IPENZ) for 14 years. His admiration for those in the public service, and his goal to amplify the voice of those who volunteer in the public service, came from the inspiration of his mother. 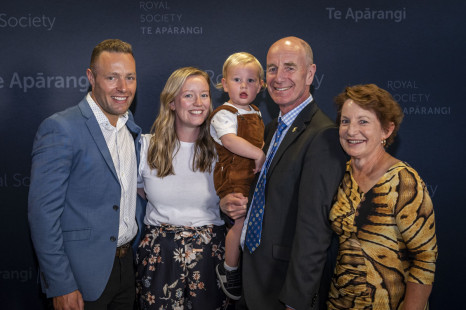 The event saw President Wendy Larner speak on how Andrew has continued to strengthen relationships with mana whenua and CRIs, his dedication to supporting research best practise and his contribution to the Society’s governance structures. Wendy has noted some highlights including Royal Society Te Apārangi being admitted as the 28th member of the Council of Academies of Engineering and Technological Sciences (CAETS) in 2019 and his being part of the group to develop the Research Charter for Aotearoa New Zealand.

Andrew was recently elected as a Distinguished Fellow of Engineering New Zealand for his outstanding leadership and governance, and of course there is the legacy of his two sons Malcolm and Nigel, and the recent addition of his first mokopuna Rory.

See all pictures from the event