Six women who have worked tirelessly in the areas of nutrition, science education, science communication and the history of science, social sciences, dementia research and New Zealand history have been made Companions by Royal Society Te Apārangi.

President of Royal Society Te Apārangi Professor Wendy Larner said the election as a Companion is an honour recognising outstanding leadership or sustained contributions to promoting and advancing science, technology, or the humanities in Aotearoa.

“The honour of Companion is reserved for those who have made a contribution to society far above and beyond what might be expected of them from the roles they have held.

“While it is coincidental that we have elected all females in the year that New Zealand celebrates 125 years of women’s suffrage, it’s a fitting opportunity to reflect on the important contributions women have made and continue to make in many areas of our lives.”

The award of Companion of the Royal Society of New Zealand Te Apārangi (CRSNZ) was introduced in 1999 and there are now 49 Companions. 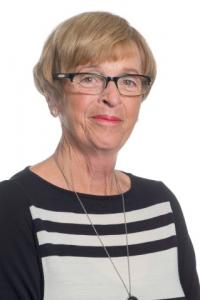 Wendy Fleming has been elected as a Companion in recognition of her outstanding contributions to the promotion of dementia research in New Zealand. She has raised public awareness about the impact of Alzheimer’s disease and dementia on quality of life and the necessity for world-class scientific research to help give hope to people with dementia.

Through her membership of national nursing, hospital and aged care committees in the 1970-1990s, she advocated that people with dementia have the right to expect the very best care and support through investment in research.

Over the last 20 years she has provided exceptional leadership in promoting scientific research in New Zealand through her community involvement as chair/vice-president of Alzheimer’s NZ, Alzheimer’s Disease International and as a member of boards providing primary health care for people with dementia.

Over the last 15 years she has been a passionate and successful advocate for scientific research on dementia through her establishment and chairing of the Alzheimer’s New Zealand Charitable Trust. The Trust has attracted and provided close to $1M from private and philanthropic sources to fund the establishment of a network of Dementia Prevention Research Clinics throughout New Zealand by the Brain Research New Zealand (BRNZ) Centre of Research Excellence.

Wendy has also served on the advisory and governance boards of BRNZ and the Centre for Brain Research and has provided input into the Ageing Well National Science Challenge, advocating for and promoting the advancement of research on the ageing brain. 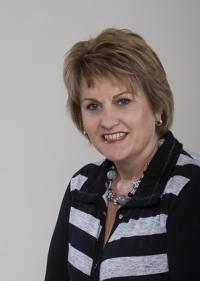 Dr Jennifer McMahon has been elected a Companion for the major contributions she has made to health research and to aiding disadvantaged populations worldwide.

Her childhood in Malaysia, Singapore, England and New Zealand stimulated an interest in people, culture and language. She went on to obtain nursing qualifications and later a PhD in nutrition, and her nutrition research has been published in top academic journals.

Jennifer’s nursing experience in outback Australia, Kampuchea and war-torn Angola led to her appointment as Regional Nutritionist for Africa for the Red Cross, with responsibility for conflict areas throughout the continent.

Since returning to New Zealand she has served on company boards, in addition to supporting health-related research here and internationally.

She has been a key member of the Advisory Committee to the University of Otago’s Centre for International Health, helping to direct its research activities and capacity building in under-resourced countries.

She has also played a much-valued role in the Otago Medical Research Foundation, serving as an executive member and on the investment subcommittee.

Chairing the Governance Group of the Healthier Lives National Science Challenge has been a major focus of much of Jennifer’s recent research involvement. Under her leadership, the Challenge has developed a novel model of oversight in which the Kāhui Māori and the Governance Group share responsibilities, an approach which not only functions efficiently but may serve as a useful model in other contexts. Her academic background also enables her to provide leadership in the knowledge of constraints which challenge researchers.

In addition to these research related commitments, she serves as President of the NZ Red Cross and amongst many other activities has led the aid relief activities in the Pacific Islands following recent natural disasters.

Jennifer’s contributions have been recognised by her appointment as an MBE, the award of the Florence Nightingale Medal and an Outstanding Service Medal from NZ Red Cross. 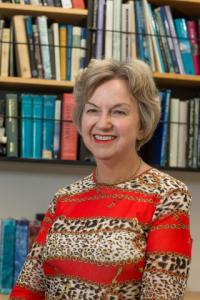 Dame Claudia Orange has been elected a Companion of the Society for her long and distinguished record of service to the humanities. In particular the honour recognises her work to improve public awareness, knowledge and understanding of the Treaty of Waitangi, of New Zealand biography, and of the role of museums in telling ‘our nation’s story’.

Dame Claudia has dedicated herself to ‘taking the Treaty to the people’. She has done so via scholarly publications, public addresses and exhibitions, most recently leading historical input into the refurbishment of the Treaty House at Waitangi and contributing to the National Library’s He Tohu exhibition and the treaty-related content on Manatū Taonga’s NZHistory website. She has been a key figure in the process by which the Treaty has become embedded in our national discourse.

Dame Claudia has also been a major force in such collective endeavours as the Dictionary of New Zealand Biography. As Deputy Editor, then Editor, she helped establish and maintain the Dictionary’s key principles of accessible but scholarly entries, the inclusion of ‘ordinary’ New Zealanders as well as the more eminent, and a commitment to Māori biographies, as well as their publication in te reo. She oversaw the DNZB’s translation into digital form, thus increasing its accessibility world-wide – the DNZB currently receives between 2,000-4,000 page visits per day, making it one of the most widely used and significant works of humanities scholarship in New Zealand’s history.

A further field of achievement is Dame Claudia’s leadership role at Te Papa Tongarewa over some thirteen years. Here she was involved in considerable community outreach, interaction with Te Papa Press, the development of the collections, and the advancement of a recognised research centre within Te Papa. 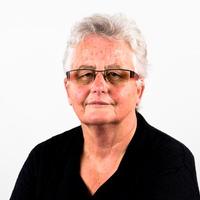 Associate Professor Robin Peace has been elected as a Companion for her eminent and sustained contribution to the promotion and advancement of the social sciences in New Zealand.

Robin founded and currently directs Engaged Social Science | eSocSci | Hui Rangahou Tahi, New Zealand’s only national e-network of social scientists. She does this in addition to her regular employment as Associate Professor Research and Evaluation at Massey University’s Wellington campus.

Since 2004 Robin has worked to build a sustainable platform for interdisciplinary and multidisciplinary cross-institutional interaction amongst social scientists, initially through the MoRST-funded Building Capability in the Social Sciences Network (2004-2009), and subsequently through MBIE and university-funded initiatives that culminated in the formation of eSocSci in 2012 (http://www.esocsci.org.nz). This network now links over 2,000 social science researchers, social policy makers and postgraduate students and is the pre-eminent “front door” to social science in New Zealand. Its user groups span all the universities and include social scientists from Crown Research Institutes, and the public and private sector agencies.

Robin’s dedication to capacity building in the social sciences is recognised across the tertiary sector, the public sector (she was a senior policy analyst in the Ministry of Social Development 2000-2005) and the private sector (she has trained many of New Zealand’s graduates in evaluation research since her appointment to Massey University in 2006).

She is a mentor to several private sector evaluation consultants and, through her participation in government-funded multiyear research programmes since 2006, has became a significant source of advice and support for social researchers in central government, local government agencies and the non-governmental sector.

Robin has served on national and international committees addressing the social sciences. These include the New Zealand National Commission for UNESCO, the Marsden Fund’s Social Sciences Panel and the International Social Sciences Council. A particular strength is her ability to support and advocate for marginalised groups (gender/sexuality, class, ethnicity, age, geographical location). 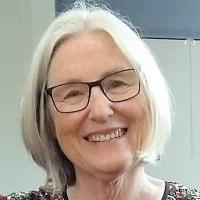 Jenny Pollock has been elected as a Companion of the Society for her exceptional leadership, both locally and nationally, in science education.

Her career in teaching was founded on a Bachelor of Science, where she majored in Microbiology but took a broad range of papers including Chemistry, Biochemistry, Zoology, Geology and Anthropology, followed by a Diploma in Education.

Her first decade of teaching included secondary schools in New Zealand and Zimbabwe, before she took a break from teaching for an OE, sailing to Hawaii and back,  and raising a family, during which time she sustained an ongoing interest in science,  focussing on global concerns.

Jenny’s output and influence on New Zealand Science Secondary School education for over two decades has been remarkable for its breadth and depth. In addition to her science teaching and role as Head of Department in Junior and Senior Science at Nelson College for Girls, she has driven the broadening of the Science curriculum nationally to include Ocean and Atmosphere, putting Earth System Science into the “Planet Earth and Beyond” strand of the Science Learning Area (NZ Curriculum, 2007). This allowed key planetary issues such as climate change to be included.

Jenny has worked largely through the New Zealand Association of Science Educators at regional and national level, her energy and inclusive leadership style leading to her election as President at the time of founder and Science educator leader Peter Spratt’s untimely death. She went on to lead the organisational restructuring that followed, and the Science Learning Area team for a major alignment of the New Zealand Curriculum and NCEA in 2008 and 2009.

Her passion for chasing new developments in global science was recognised with the 2008 award of a Royal Society Teacher Fellowship, studying Oceanography with Dr Mike Williams at NIWA. Jenny went on to design, trial and run professional development courses for teachers, including assessments and resources, on planetary issues such as plastic pollution, climate change and ocean acidification.

In 2014 she was awarded the NZASE Peter Spratt medal for a ‘Sustained Contribution to Science Education in New Zealand’. 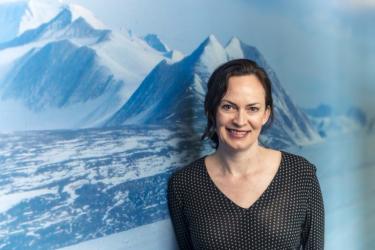 Associate Professor Rebecca Priestley has been elected as a Companion of the Society in recognition of her work over more than 25 years to promote and communicate science issues to the New Zealand public.

Rebecca’s interest in science began at school. After a stint at the Meteorological Service, she gained two Bachelor degrees in geology and geography at Victoria University but she knew already that she wanted to write about science.

As a freelance writer, she wrote for GNS and other science agencies in the early 90s, at a time when the New Zealand science system was evolving rapidly. Her columns for The Listener in the early 2000s gave her a taste for developing her own material, in her own voice. At the same time, her interest in the history of science blossomed and she completed a PhD in the history and philosophy of science at the University of Canterbury.

In 2013 she co-founded the Science and Society Group at Victoria University of Wellington where she teaches science communication and history. She also teaches creative science writing at the International Institute of Modern Letters.

With Science and Society Group co-founder Dr Rhian Salmon, Rebecca has been building a body of academic work on how to critically evaluate the effectiveness of science communication, challenging the assumption that any science communication engagement with the public is better than none.

Rebecca also led development of a MOOC (massive online open course) about Antarctic science, the first to be offered internationally by Victoria University of Wellington.

In 2016 she was awarded the Prime Minister’s Science Communication Prize. The prize money supported her to found and launch the Aotearoa-NZ Science Journalism Fund, which, now in its second year, is supporting quality science journalism projects for New Zealand.