The students are Liam Hewson, who finished his final year at King’s High School, Dunedin last year, and Cian Hinton, from John Paul College, Rotorua, who also completed his final year in 2018. 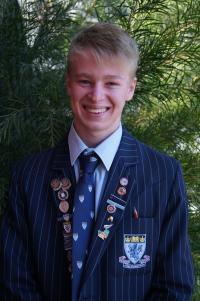 Liam was selected for his long-running science project on whether mānuka inhibits microbial activity. He reviewed existing research and then worked with scientists at the University of Otago who advised him on how to design his investigation. He also carried out a lot of his testing in the university's labs. After initial experiments where he compared chemotypes (chemically distinct entities), he found a significant difference between two extracts and the remaining extracts. The two extracts with a much greater antibacterial effect turned out to be kanuka, a related species to mānuka. His study showed that mānuka in Dunedin has a small antibacterial effect. “I really enjoyed researching this topic and have learnt a great deal about mānuka," Liam says.

Cian researched, designed and tested a hydro-electric generator that is an entirely original design.  Cian’s interest and curiosity in this field of physics and engineering was born from his idea that electricity should be able to be generated in the same way that charged particles are accelerated around the Large Hadron Collider in Geneva, Switzerland.

The design process has taken Cian more than five years and he has pursued more than 14 different concepts of this generator — some didn't make it past the drawing board, while others have been made into working models. Cian has considered the wider application of his design and, in particular, he would love to see it provide universal access to electricity in third world countries for use in medical care and communication.  Cian received an array of awards for this project at the Bay of Plenty Science Fair in August last year. 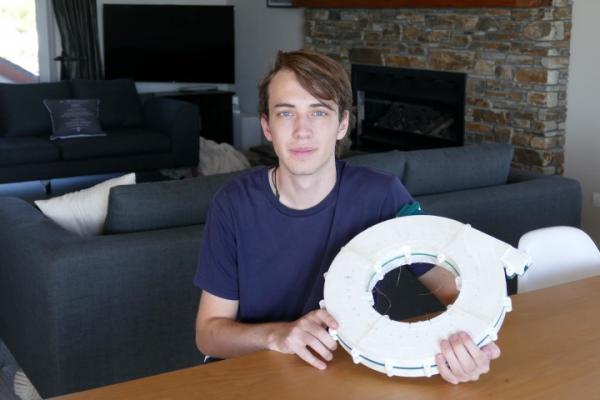 Cian with his hydro-electric generator

Both students will be showcasing their research alongside hundreds of students selected from Taiwan and many international students from countries including Hong Kong, Australia, South Africa, Mexico, Canada, Malaysia, China and Indonesia. After a day of judging, an open day is organised so that the public can come and view all the projects. This will include many school students from the surrounding areas in Taipei.

The participants will attend a formal welcome dinner and undertake some sightseeing trips in Taipei as well as visiting the famous night markets.

The Talented School Students Travel Award  is managed by Royal Society Te Apārangi and funded by the Ministry of Business, Employment and Innovation.  Both students depart on Friday.