Professor Rod Downey FRSNZ, of Victoria University of Wellington's School of Mathematics and Statistics, was invited to deliver the 29th Annual Gödel Lecture for the Association for Symbolic Logic at their summer meeting.

This is one of the highest honours from the Association, which is an international organisation of specialists in mathematical logic and philosophical logic.

Professor Downey is the first logician from outside Europe/North America to deliver this address. This honour goes alongside Downey's second Shoenfield Prize from the Association (with Denis Hirschfeldt from the University of Chicago) and last year's Humboldt Research Prize from the Humboldt Foundation.

Rod travelled to the University of Udine in Italy and delivered his lecture on 25 July 2018.

Rod is part of the logic group at Victoria University of Wellington, which has also recently been joined by Martino Lupini from Caltech and Dan Turetsky from the University of Notre Dame. 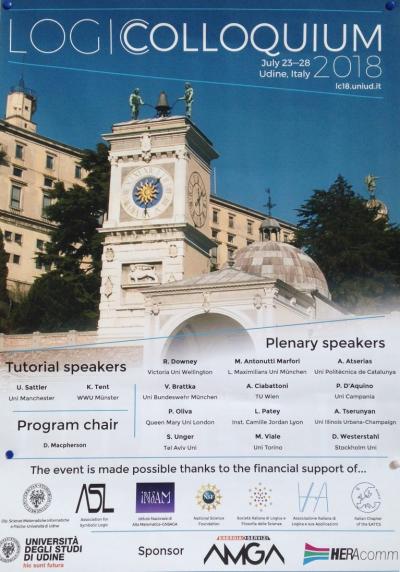