View topics of the research presentations of the Speaker's Science Forum in 2018.

Research presentations are organised for Members of Parliament, in collaboration with the Speaker of the New Zealand Parliament.

The topics are selected in collaboration with Forum partners Science New Zealand, Universities New Zealand and the Independent Research Association of New Zealand.

Negative impacts on freshwater quality may take decades to be visible – what can recent research tell us about predicting the future resilience of freshwater systems and rates of recovery when remedial actions are taken?

Dr Susie Wood will speak about how interactions with landscapes and organisms have influenced our lakes, and how modern science interwoven with Mātauranga Māori is guiding future actions and aspirations.

Susie is a senior scientist whose expertise in biosecurity, marine and freshwater and algal biotechnology is used across Cawthron. Suzie leads a team of researchers who work on a range of aquatic-based topics, including molecular-based detection methods, microbial source tracking and toxin production of freshwater algae and cyanobacteria.

Linking land use to water quality: time is not always on our side (Dr Marc Shallenberg, Research Fellow, University of Otago) 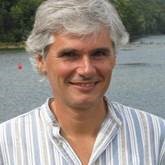 Dr Marc Shallenberg will speak about how about how time lags sometimes occur between what we do on the land and its eventual effects on water bodies, and the valuable role wetlands play in slowing or blocking contaminants.

Marc is a Limnology Research Fellow at the University of Otago. His research and work with governments and community groups focuses on the effects of human-induced pressures on lake ecological health and ecosystem services. Marc is also an associate editor of the New Zealand Journal of Marine and Freshwater Research.

Technology changes to vehicles, are likely to lead to major disruptions in the way we own vehicles, tackle road safety, and invest in transport systems – what is already foreseeable that we can plan for?

Associate Professor Colin Gavaghan will speak about how emerging and disruptive technologies pose many challenges for lawmakers and regulators, and the strategic choices for them.

Associate Professor Colin Gavaghan is the first director of the New Zealand Law Foundation sponsored Centre for Law and Policy in Emerging Technologies. The Centre examines the legal, ethical and policy issues around new technologies. To date, the Centre has carried out work on biotechnology, nanotechnology, information and communication technologies and artificial intelligence. 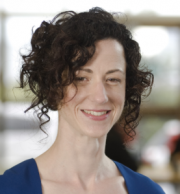 Dr Maggie Trotter will speak about how methods can be applied to identify the potential impact of these new technologies, before they are made, saving time and money and improving safety.

Maggie is a senior researcher in the Behaviour Sciences team of Opus International Consultants.  She has a background in systems safety and accident analysis, and was previously a researcher in the Accident Research Centre at Monash University, Melbourne.

What does recent research tell us about the stress on and potential for irreversible change in the Antarctic and other vulnerable natural systems of importance to New Zealand? 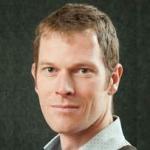 Associate Professor Robert McKay will speak about how changes in past ice sheet volume and Antarctic climate influenced the Southern Ocean, and what this meant for sea level rise, marine ecosystems, and the climate and oceans further to the north, including New Zealand.

Dr Cliff Law will speak about how changes in climate today are altering the ocean, what this means for marine ecosystems, and how this may affect the multiple benefits we derive from the seas around New Zealand.

Cliff Law is the Principal Scientist for marine biogeography at NIWA. Cliff coordinates the Ocean-Atmosphere Research and advises the Chief Scientists of the Coast and Oceans, Atmosphere and Climate Centres.

New Zealanders predominantly live in urban spaces which have changed little in form over many decades – what are emerging forms of urban environments, how could they change the way New Zealanders choose to live, and alter the demand for public services? 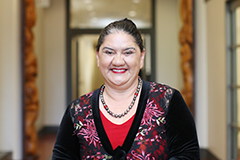 Dr Henry will speak about research from the National Science Challenge “Building better homes, towns and cities” and how to enhance community cohesion through urban regeneration projects.

Rau Hoskins will speak about how indigenous design principles can be used to enhance urban wellbeing, and the roles of Iwi / hapū, local and national government and the wider design community in this process.

Rau Hoskins is affiliated with Ngāti Hau, Ngāpuhi. Rau is the director of design TRIBE Architects, and a research collaborator of both traditional and hybrid Māori dwelling construction techniques at the Unitec Department of Architecture. Rau is also a co-opted member of the Housing New Zealand Māori Capability Committee.

What are the benefits and uncertainties of new gene technologies in areas such as human health and pest management?

Professor Robertson will speak about the evidence that genomics can improve one’s health, and how this varies with age, family structure and ancestry.

Professor Stephen Robertson is the Curekids Professor of Paediatric Genetics at the University of Otago. He heads the Clinical Genetics Group, which studies single gene disorders in children, with a particular emphasis on disorders that affect the development of the skeleton and the brain.

Dr Byrom will speak about new technologies for invasive predators in New Zealand, and the opportunities to keep the public informed and engaged with any new scientific discoveries.

Dr Byrom is the Challenge Director of New Zealand’s Biological Heritage National Science Challenge. Prior to taking up her role as Director in 2015, Andrea managed Manaaki Whenua, Landcare Research’s invasive species research portfolio. Andrea is also an Associate Investigator in the Te Pūnaha Matatini Centre of Research Excellence, collaborating on projects looking at the role of citizen science in invasive species management, and the biodiversity outcomes of major pest control regimes in New Zealand

The cupboard of new plants, animal breeding and on-farm technologies is not bare – what are recent transformational science advances that are likely to further develop our rural sector?

The role of science in snatching victory from the jaws of defeat!  What can we learn from the Psa/kiwifruit story? (Ms Philippa Stevens, Group General Manager  - Science Services, Plant & Food Research)

Philippa Stevens will speak about the team that won the 2017 Prime Minister’s Science Prize for the scientific response to the Psa incursion, and how science can support the transformation of agricultural sectors in the face of game-changing challenges.

Philippa has been the General Manager for Science, Bioprotection at Plant & Food Research since 2008. She is a former President of the New Zealand Plant Protection Society and is a member of the team that won the Prime Minister's Science Award 2017 for the science response to Psa.

Dr Scott will speak about potentially transformational technology for New Zealand’s pastoral farms; the opportunities this presents in a rapidly changing global marketplace; and challenges new technologies like this will bring for public perception and decision-making.

Dr Richard Scott is the Science Team Leader for Animal Health and Plant Biotechnology at AgResearch, working on livestock production and welfare, and improved forages.

New Zealand‘s technology sector exports over $10m of products annually – how might new high technology companies be spawned through development of intellectual capital in our research sector?

Professor Cather Simpson will speak about how publicly-funded research into fundamental light-matter interactions provides benefit to the primary and high-tech industries in New Zealand, sorting sperm by sex for the dairy industry and “point of cow” diagnostics in the milking shed.

Cather is current a Professor at the University of Auckland, a joint appointment between the physics and chemistry departments. She is also the director of the Photon Factory, a state-of-the-art pulsed laser research facility, working to perform research of their own, and to undertake research for industry and collaborators.

Dr MacRae will speak about disruptive changes to what is wanted in manufacturing goods over the last 10 years, including distributed, mobile and additive manufacturing, and packaging of the future, which is designed for end use and consumer needs.

Elspeth is the General Manager Manufacturing & Bioproducts at Scion in Rotorua. She is a member of the management group for the 2014 New Zealand National Science Challenge in Science and Technology for Industry, and leads the design, materials and manufacturing portfolio.

Science and information technology has vastly increased the amount of information that is known about an individual. There is the potential to use such information in a positive way, but there are also risks of misuse. How can these important ethical issues be managed when the artificial intelligence to interrogate such data is growing rapidly?

Sandhya is the Senior Research Fellow, and Research Manager for the Dunedin Study. The Dunedin Study has followed the lives of 1037 babies born between 1 April 1972 and 31 March 1973  at Queen Mary Maternity Hospital, Dunedin, New Zealand, since their birth. The Study is now in its fifth decade and has produced over 1200 publications and reports.

Professor Hendy will speak about how algorithms that crunch individual-level data to support decision-making have the potential to improve the effectiveness and efficiency public services, and the ethical and practical considerations involved.

Shaun is the Director of Te Pūnaha Matatini, a New Zealand Centre of Research Excellence focussed on the study of complex systems and networks. In 2012, Shaun was awarded the Callaghan Medal by the Royal Society of New Zealand and the Prime Minister’s Science Media Communication Prize for his achievements as a science communicator.