Sally Brooker MNZM FRSC FRSNZ, Professor of Chemistry at the University of Otago, was awarded the 2017 Hector Medal this week.

As Professor Brooker was unable to attend this year's New Zealand Research Honours, Professor Richard Blaikie FRSNZ,  Royal Society Te Apārangi Vice-President, organised a small ceremony at the University of Otago where she was presented the award by Vice-Chancellor Professor Harlene Hayne FRSNZ. 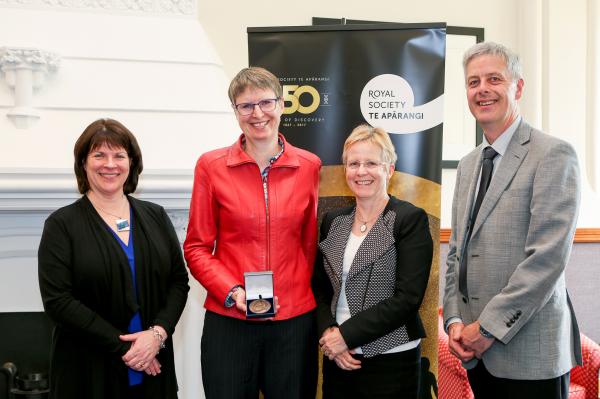 The Hector Medal is awarded annually for outstanding work in chemical, physical or mathematical and information sciences by a researcher in New Zealand.

Professor Brooker received the award as a result of her significant research into chemical complexes that have special properties such as acting like a switch or magnet.

On receiving the medal, Professor Brooker said: “It’s fantastic to have the research my talented team has generated over recent years recognised like this!” 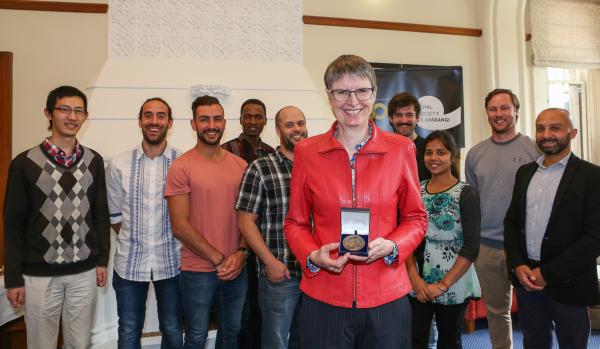 Fairness is not about making everybody the same, but a just society must provide a fair opportunity for all of its members to live with basic dignity and to be able to realise their fundamental rights.