Home What we do Our medals and awards Medals and Awards News 2017 Hector Medal: Designing chemical computers and molecular magnets

Chemist Professor Sally Brooker MNZM FRSC FRSNZ has been awarded the Hector Medal by Royal Society Te Apārangi for the designing and making of molecules that have exceptional properties, such as the ability to act like a switch or a magnet.

She has designed, synthesised and characterised a wide range of chemical complexes with properties such as switchable magnetism, carbon-dioxide selective absorption and selective ‘turn-on’ fluorescence. She has also developed catalysts for hydrogen production, the ultimate ‘green’ fuel, and for ‘green’ polymerizations that are helping to develop plastics that can be composted and recycled at the end of their life.

The medal selection committee said her most significant contributions have been in the field of molecular magnetism. She has led development of new metal molecules that can switch between different states in response to external stimuli, such as temperature, pressure or guest molecules. These chemical complexes are known as ‘spin crossover’ or ‘single molecule magnet’ systems. Her research group was the first to report a switchable cobalt complex containing communicating cobalt centres, and they later reported the first triply switchable cobalt complex.

Because these molecules have spin states that can be controlled and changed, switching between two or more electronic states, they can be used to build nano-devices. These molecules have a wide range of potential applications, from being used as sensors to being used in the next generation of computing: building nano-devices for information storage and data processing using the inherent properties of the designer molecules themselves.

The medal selection committee noted that her ‘bottom-up’ approach to molecular computers complements the ‘top-down’ approach of the semiconductor industry. 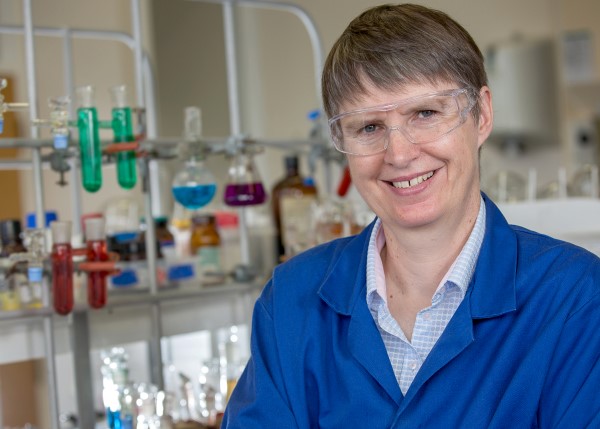 On receiving the medal, Professor Brooker said: “It’s fantastic to have the research my talented team has generated over recent years recognised like this!”

For work of great scientific or technological merit and has made an outstanding contribution to the advancement of the particular branch of science.

To Sally Anne Brooker for her internationally recognised leadership in the design, synthesis and characterisation of chemical complexes that exhibit exceptional properties for sensing, memory, carbon-dioxide capture, selective fluorescence and catalysis.