Nearly a quarter of a century after Tim Banks was awarded the RHT Bates Postgraduate Scholarship, a paper has been printed on his astronomical research that was supported by the award. Now Tim works from America with a research team who is based in Istanbul. He shares his research journey and the opportunities that have arisen since the scholarship.

Tim began training as an astronomer at Te Herenga Waka—Victoria University of Wellington, later pursuing a Masters under Dr Ed Budding on eclipsing binary stars. In 1990, he went on to his PhD at Victoria with Dr Richard Dodd (then Director of Carter Observatory) and Dr Denis Sullivan. Three years later he was awarded our inaugural Bates scholarship to support this work. 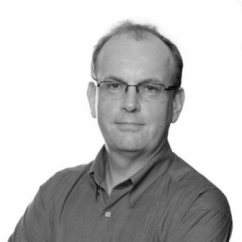 Q: What did your research involve?

A: My PhD involved taking and analysing electronic images of stars clusters, which are physically close groupings of stars that formed together. As the clusters form at the same time and location, their composition is similar – making them ideal for exploring the distribution in size that stars form with  different chemical distributions. After all, when the Universe formed it was predominantly made up of hydrogen and helium. All the more complex elements, like carbon, are formed through successive generations of stars. The more massive a star is, the shorter its life—meaning that you have a faster turnover of generations and also faster enrichment of the more complex elements. There was then a lot of interest in exploring these distributions of masses.

I was fortunate to be given substantial observing time by the University of Canterbury at their Mount John observatory near Tekapo, allowing me to collect data of star clusters both inside our galaxy and in a smaller galaxy orbiting our own. Substantial image processing was required to transform and analyse these images, requiring me to build a network of computers. This work was all done in the early 1990s when computers were much slower!

Q: What came out of this work?

A: Initially quite a few of our findings from the mid-1990s were published in several articles. The work on the star cluster Melotte-105 was the last unpublished portion and at this time I wasn't sure it was even worth publishing! It was only after I had gained more experience in the field that I could see how the work could be supplemented.

Q: Where did you go after you graduated?

A: After graduating I went on to work for an electron microscope facility at VUW and then a FoRST funded research collaboration with Japan—the MOA (Microlensing Observations in Astronomy) project which was initially searching for dark matter but these days is more famous for finding exoplanets. Not long after though I wanted to explore the world and set off on my OE. 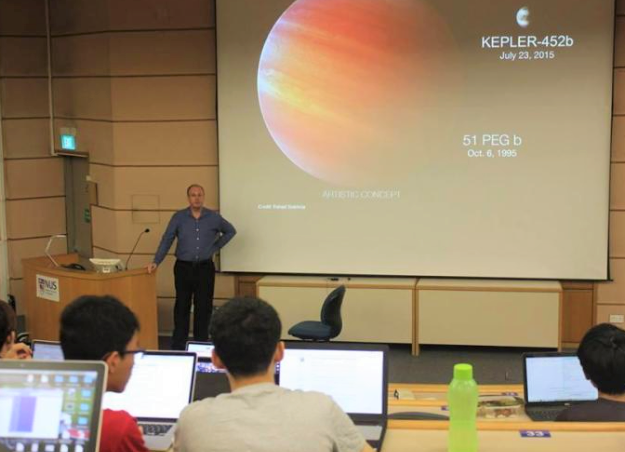 A little over three years ago I was relocated by Nielsen to Chicago, and now work in "people analytics" as an Executive Director in the global human resources department. I am also currently involved in a joint astronomical research project alongside a team led by Dr Budding in Wellington. This work has led me to the position of an adjunct professor in astronomy at Harper College in Illinois.

Q: Is the work you're currently undergoing with Dr Budding relevant to your previous research together?

A: My current projects with Dr Budding make use of the image processing and data analysis skills built up back then—but focus on exoplanets (which  generally speaking are planets going around other stars) and variable stars (stars orbiting around each other, pullsating or stars with "spots" on their outer layers).

I also work with research groups other than Dr Budding's, such as continuing research on star clusters with a group in Istanbul led by Drs Bilir and Yontan. We dusted off data I had collected during my PhD on the star cluster Melotte-105, and supplemented it with data from the latest generation of space telescopes a quarter century after collecting the data. It was this paper that I added the acknowledgment to Royal Society Te Apārangi and the RHT Bates scholarship, since the award helped towards the data collection and processing.  The referee was quite surprised at how old the unpublished data was!

Q: How did you come to meet Dr Bilir and pick this work back up?

A: One of the projects with Dr Budding involved a colleague in Turkey. In passing I mentioned to this colleague that I was working on tidying up the Melotte-105 research and was looking for collaborators who would be interested in participating. He suggested Dr Bilir in Istanbul, who I wrote to, and things moved forward from there.

Q: How was the paper on the Melotte-105 data received?

A: The paper attracted some attention when it was published, including the following summaries from Phys.org  and Tech Explorist.  Since we published that paper, the Istanbul team and I have submitted a further two papers on different clusters (using much more recent data) and plan to request time on a robotic telescope at Mount John to collect data on further systems.

Q: How would you summarise your career path since you were awarded the RHT Bates Postgraduate Scholarship?

It has been a somewhat unusual career path, but the skills picked up in scientific training have proved very portable and valued. I'm also glad of the welcome provided by professional scientists and their willingness to collaborate. So far I've found such collaborations useful both to the companies I've worked at, as well as to the universities. Companies are often not able to release data they've collected into the public domain but are interested in developing new analytic techniques. Fields like astronomy can provide suitable data sets without such privacy concerns, and allow for fruitful collaborations between "town and gown". I'm also grateful for the Society and the scholarship for helping start up my research career.

In one of my latest research projects I'm working with four undergraduate students, looking at pulsating stars using a global network of robotic telescopes. What a change from when I kicked off in astronomy 30 years ago, back when I had to stand inside the dome with the telescope as it collected data and then manually guide it from star to star!