Professor Christine Jasoni is being recognised for her efforts to improve public engagement with science and for championing better recognition and a voice for early career researchers. Read more.

Dr Sir Tīmoti Kāretu (Tūhoe, Ngāti Kahungunu) is being recognised for his supreme efforts in revitalising te reo Māori. Such is the high esteem that he is held in as a leader, he has been called a ‘tipua’ (supernatural being). Read more.

Rauru Kirikiri (Te Whānau-ā-Apanui) is being recognised for his groundbreaking work in embedding mātauranga Māori into science across the Crown Research Institutes and universities and for bringing te ao Māori perspectives into tertiary education and beyond. Read more.

President of Royal Society Te Apārangi Professor Wendy Larner said the election as a Companion is an honour recognising outstanding leadership or eminent or sustained contributions to promoting and advancing science, technology, or the humanities in Aotearoa.

“The honour of Companion is reserved for those who have made a contribution to society far above and beyond what might be expected of them from the roles they have held.”

The award of Companion of the Royal Society of New Zealand Te Apārangi (CRSNZ) was introduced in 1999 and there are now 57 Companions. 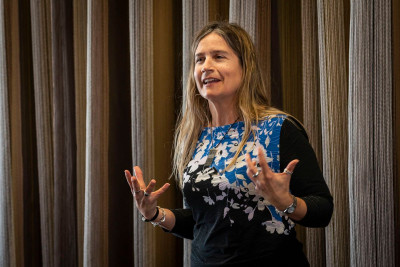 Christine Jasoni has been elected as a Companion in recognition of her sustained and outstanding contributions to promoting and advancing science and technology in New Zealand. Her roles in New Zealand and global science organisations are many and varied but her involvement has consistently resulted in institutional shifts in approach, increasing engagement and improving the public awareness and understanding of the science issues of the day. Christine’s governance role on the Royal Society Te Apārangi Council (RSNZ; 2009–17), Presidency of the Otago Institute for Arts and Sciences (2009-2015) and Directorship of the Brain Health Research Centre (2016–2020) are key areas where she has driven significant change for the benefit of New Zealand science.

While serving as both President of the Otago Institute and the regional constituent organisation representative on the Society’s council, Christine championed a broader, more inclusive approach to science engagement with the general public – an approach that has brought benefits to both entities. Christine’s role was important and challenging given the breadth of voices Christine needed to consult with and represent. As a member of the Society’s council, Christine co-led the formation of the Society’s Early Career Researcher Forum, which has provided a much needed voice for the next generation of scientists in New Zealand and a strong conduit for their voices to government policy and decision makers.  Alongside this, Christine advocated strongly, and successfully, for changes to the Society’s awards and medals to bring to the fore the achievements of early career researchers.

Christine’s roles in the Brain Health Research Centre and other entities are also notable for driving clever and effective strategies that have amplified science engagement activities among her colleagues and students, leading to demonstrable shifts in the public understanding of her disciplines. Notable activities include influential roles in the International Science Festival, Brain Awareness Week, Genetics Otago and Lab-in-a-box, events that have raised public awareness and understanding of scientific issues. 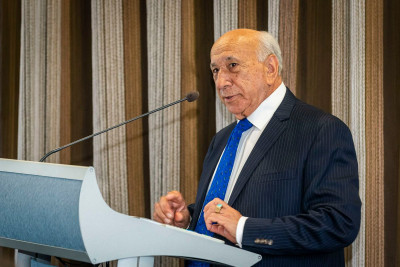 Sir Tīmoti’s academic and policy career has focussed on strengthening and expanding te reo Māori as a language, once again, of everday use. He was the Foundation Professor of Māori at the University of Waikato, where he began developing and publishing key language resources that continue to have influence. As the inaugural chair of Te Taura Whiri i te reo Māori (Māori Language Commission), he was pivotal in reinstating te reo Māori as a language of education and the media. The current Māori-medium education curricula are a direct legacy of this work. His role as Chair of Te Kōhanga Reo Trust for over 20 years was also especially influential in continuing to strengthen and expand the use of te reo Māori among rangatahi young people.

Sir Tīmoti is at heart a teacher. One of his most significant ongoing contributions here has been his establishment and leadership of Te Panekiretanga – a Māori Language Institute of Excellence – through which now multiple generations of Māori language speakers have progressed. Sir Tīmoti has also been widely influential in Māori performance, particularly kapa haka, and most recently, in the translation of contemporary Māori waiata. He has two honorary doctorates – from Waikato University and Victoria University – and was made a Knight of the New Zealand Order of Merit in 2017 for his services to te reo Māori. 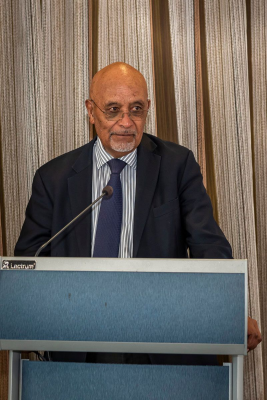 Traditional Western science dominates in Aotearoa New Zealand, but Rauru Kirikiri (Te Whānau-ā-Apanui) has been instrumental in embedding mātauranga Māori into science across the CRIs and universities and beyond, where it provides unique perspectives. He has demonstrated outstanding leadership in bringing te ao Māori into science and tertiary education.

In 1992 Rau joined the newly-established CRI, Manaaki Whenua - Landcare Research as the first senior manager in the science system reporting directly to the CEO for ensuring commitments to Te Tiriti were honoured; establishing partnerships with Māori; and building capability in tikanga and te reo Māori. Rau held this responsibility until 2006. Rau’s leadership and mentoring has now seen Treaty responsibilities elevated to senior roles across the CRI sector and beyond.

Rau’s influence continues post his time at Manaaki Whenua.  His skilled diplomacy, fluency in te reo Māori and all aspects of te ao Māori (the Māori world) has influenced science through governance and review in many organisations.  He has influenced conservation through his role on the NZ Conservation Authority and World Wildlife Fund. Integrating te ao Māori into science in the tertiary sector is demonstrated by his governance roles in Ngā Pae o Te Māramatanga, the Allan Wilson Centre for Evolutionary Biology and the Centre for Sustainability at the University of Otago.

Rau continues to bring Māori into science through being on the council of Te Whare Wānanga o Awanuiārangi, working on the challenge to elevate STEM subjects into key parts of the curriculum. His role on the Advisory Board of the Centre for Sustainability has seen te ao Māori incorporated into successful Marsden Fund projects and other partnerships.

Royal Society Te Apārangi has directly benefited from Rau’s endeavours, as Rau alongside Professor Michael Walker, began a process in 2004 to build a Māori perspective within the Society.  While their influence took time to blossom, the recent emerging engagement with Māori is testament to their original foresight.