The Human Frontier Science Progam (HFSP) promotes, through international cooperation, basic research focused on the elucidation of the sophisticated and complex mechanisms of living organisms for the benefit of all humankind.

HFSP's emphasis is placed on building new collaborations that bring together life scientists and scientists from other disciplines such as physics, mathematics, chemistry, computer science and engineering, including the development of early career frontier scientists.  The highest importance is placed on novelty, scientific merit, internationality and interdisciplinarity.

The Human Frontier Science Program Organization (HFSPO) develops and implements the Program and has its office in Strasbourg, France. 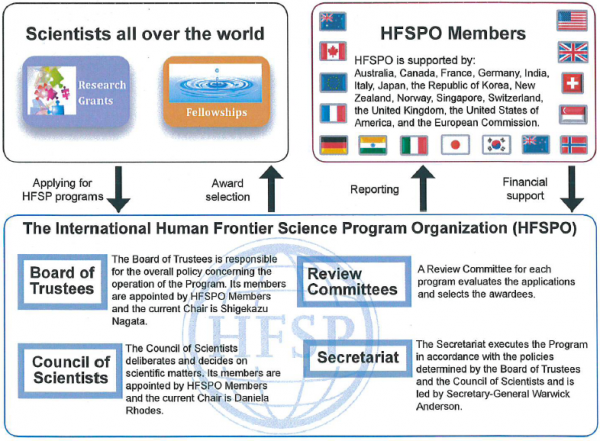