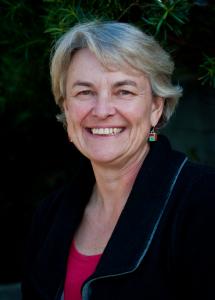 Professor Penny Brothers is in the School of Chemical Sciences at the University of Auckland. Penny was born and grew up in Auckland, New Zealand, and completed BSc and MSc(Hons) degrees in chemistry at the University of Auckland. In 1979 she was awarded a Fulbright Fellowship and set off for Stanford University to begin a PhD in chemistry under the supervision of Professor Jim Collman. Her PhD thesis, and much of her subsequent research work, has centered around the chemistry of porphyrin complexes. In 1986 she returned to Auckland and spent two years working as a postdoctoral fellow with Professor Warren Roper in the Department of Chemistry, focussing on organometallic chemistry.

Her current research brings together her interests in porphyrin chemistry, the main group elements and organometallic chemistry. She investigates how porphyrin and corrole ligands can be used to modify the chemistry of elements such as boron and bismuth, and has a broad interest in coordination chemistry of the transition metals and main group elements. She has a number of research collaborations in NZ and internationally.