Dr Clemency Montelle revealing the “many faces of mathematics”

Reading mathematical texts in Sanskrit sounds like an insurmountable challenge to many people. Yet it is a challenge that Dr Clemency Montelle relishes.

Her research draws together history, mathematics and ancient languages to understand how India has contributed to global science. As Dr Montelle highlights, “many histories of science have centred on the so-called ‘western miracle’ in their analysis of the ignition and flourishing of modern science, [but] they have done so at the expense of other non-European traditions.” Her research aims to rebalance our understanding of the history of science.

The Marsden Fund recently caught up with Dr Montelle to ask how she ended up working at the nexus of such diverse disciplines, and how a Marsden Fund grant has influenced upon her career. She explained that she hadn’t always seen the connections between languages and mathematics. Starting out as an undergraduate student at the University of Canterbury and unsure what she wanted to study, she chose a mix of Latin, Greek and mathematics. These subjects seemed like they would provide a well-rounded, classical education, and were subjects she was good at too. However, such a combination was unusual and resulted in a crazy timetable and lots of running across the campus to make different lectures.

Only in her fourth year, while browsing the library shelves for a Greek essay, Dr Montelle came across Euclid’s Elements in ancient Greek, a mathematical text that she was surprised to find united her interests. This proved to be a “lightbulb moment” for her, as she realised she could read about mathematics and science in other languages and rediscover their insights. This experience highlighted the value of physical libraries, as well as setting her on a new interdisciplinary path.

She completed her PhD at the prestigious Brown University in 2005, before returning to the University of Canterbury as a Lecturer in the Department of Mathematics and Statistics. During her doctoral studies, she learnt Sanskrit and Arabic. These languages are important for understanding not only the rich Asian and Middle Eastern, but also European, scientific traditions. Many Latin and Greek texts have been seemingly lost, but they were translated into Arabic over a thousand years ago and can be recovered and retranslated today. As Dr Montelle points out, the so-called ‘dark ages’ did not occur everywhere and Arabic, Indian and Chinese science continued to flourish during periods when European traditions stalled.

The frequent neglect of the non-European history of scientific development motivates Dr Montelle’s research. Together India and China hold around a third of the world’s population and have been resurgent global powers in recent decades. These regions also have expansive histories, and long traditions of intellectual enquiry. In India alone, the number of surviving manuscripts has estimated to be in the millions, many of them scientific. Yet these region’s histories, especially in the sciences, are frequently underappreciated. Many scientists lack the linguistic skills interpret historical scientific texts, while linguists may be daunted by the mathematics contained within. 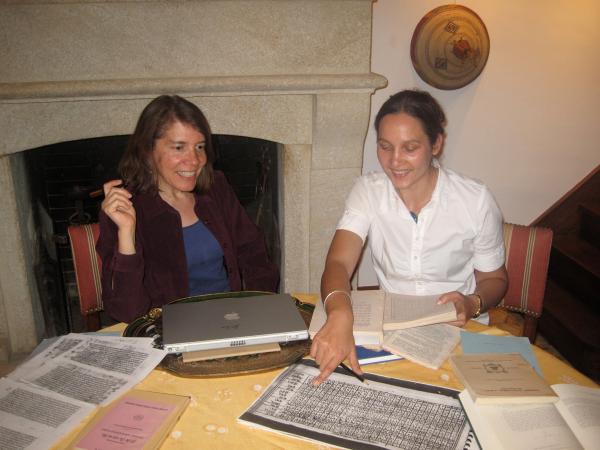 In 2010, Dr Montelle received a Marsden Fund Fast-Start grant to help bridge this gap. Her project examined the development of computational procedures and mathematical tables in Sanskrit through the second millennium. Dr Montelle states that this grant was validation of the importance on focusing on India, as well as an important personal endorsement for her scholarship. Through this grant, she was able to undertake extended research in the libraries and archives of India, build international collaborations from South Asia to France, and publish widely on Mughal and Indian astronomy, mathematics and scientific methods.

Building on this success, Dr Montelle was awarded a five-year Rutherford Discovery Fellowship in 2012. This fellowship has allowed her to return to India for further research into mathematical, astronomical, and scientific manuscripts. From her office in Christchurch, she recalls the distinct camphor smell of the archives, which is used to help ward off the bugs that destroy the fragile paper and palm leaf texts. Staff must also brush each page free of tiny insects, an endless labour against the ravages of time and environment. With her collaborators, Dr Montelle has worked towards digitalisation of numerical tables, both preserving them for future generations and making them accessible to a wider audience. 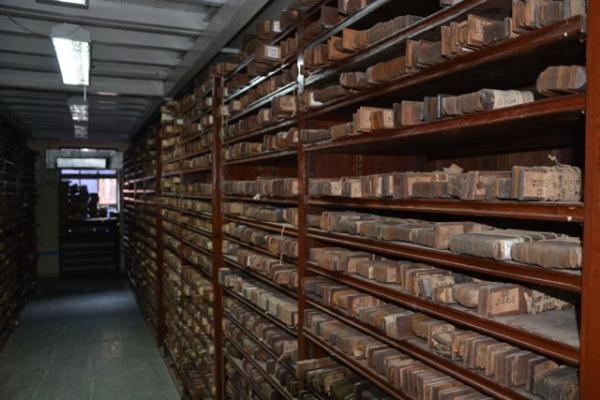 Dr Montelle hopes her research will help make mathematics and the history of science more accessible to scholars and students. She uses her unique approach to maths as a way to humanise the STEM subjects, and to draw new students to these disciplines. She notes that “maths is not culture-free” and highlighting science’s diverse history can attract people who might not fit the bill of the stereotypical STEM student. As tech companies and academic departments continue to struggle with diversity, this remains an important mission.

Her success here is notable. In 2008, she received a Canterbury Students Association Lecturer of the Year award.  Her Marsden Fund PhD student, Anuj Misra, won the Indian National Science Academy’s Young Historian of the Year award for his research into the scholarship of a 17th century Mughal court astronomer Nityananda.

More generally, her research seeks to reintroduce Indian scientific traditions into the history of science. Throughout her research in India, Dr Montelle has sought to build local connections and capacity, joining a movement to encourage local knowledge of the subcontinent’s impressive intellectual traditions. She works closely with the Chennai Mathematical Institute and the Indian Institute of Technology in Mumbai to increase scholarship and teaching of the history of science. She also co-founded the History of Astronomical and Mathematical Sciences in India (HAMSI) working group, which brings international scholars together, mostly recently in Christchurch.

As the bilateral relationship between India and New Zealand burgeons, Dr Montelle’s scholarship helps build appreciation for the role of India in the flourishing of modern science.