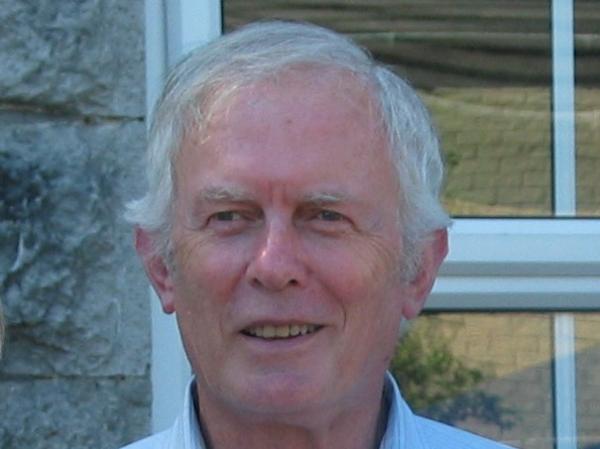 Emeritus Professor John Flenley’s academic career spanned more than four decades. He was a world re-known bio-geographer, specialising in palynology. John pioneered the use of the fossilised pollen grains of ancient vegetation to track the impact of the colonisation in the Asia-Pacific region, emphasising the consequences of the interactions between people and the environment. John had a keen intellect, was an excellent researcher and became an international expert in his field yet he was also a humble and generous person. Such was his humility that when asked what he did for a living, John would modestly say “I dig holes in SE Asia and the Pacific”.

John was born in Ormskirk, Lancashire, but spent much of childhood in Crosby near Liverpool. It was through exploring the sand dune ecosystems and localities near Crosby that John developed an enthusiasm for botany. At Clare College in Cambridge University he undertook a degree in natural sciences, specialising in botany. John graduated from Cambridge in 1958, and after completing a postgraduate certificate in education he taught biology at the prestigious Repton School in Derbyshire. While there and funded by a research grant from the Royal Society of London, he undertook and published research on the vegetation history of the Island of Canna in the Inner Hebrides. This was followed by a PhD based on an investigation of the fossil pollen history of the New Guinea highlands from the Australian National University in Canberra.

After completing his PhD, John returned to England and served as a Lecturer, Senior Lecturer and then Reader in Geographer at the University of Hull from 1967 to 1989 where he continued to study the Quaternary vegetation history of tropical forests in Malaysia and Southeast Asia. John’s first book, The Equatorial Rain Forest – a Geological History (1979) provided novel explanations for problems that palynologists faced at the time. It was during this time that he established a teaching programme in biogeography and he began his long association with the Journal of Biogeography, eventually becoming its Editor in Chief (1980-87) and developing the journal to become a major international source for contemporary work in the field. Such was John’s contribution to the geography discipline that a specific issue of the New Zealand Geographer (volume 52, issue 2, 2001) was devoted to the significance of his research.

In 1989, John accepted the position of Professor of Geography at Massey University, Palmerston North, leading the Geography Programme until his retirement in 2001. He nevertheless remained an active researcher and writer in his role as Emeritus Professor until his last months. During his time at Massey, John created a world-class palynology lab and developed a strong research culture securing significant amounts of external funding. He attracted a stream of students and postgraduates (who numbered more than 30 at the time of his retirement). John was a meticulous researcher, who possessed an ability to derive insights from diverse fields. He was adept at developing and testing new research theories and hypotheses, and encouraging these skills in his research students and assistants. His research on palynology culminated in the development of an automated system “Classifynder” for identifying fossil pollen grains, a ground-breaking development in his field, advanced further by his own students.

John is perhaps best known for his research on the colonisation of Easter Island. Written with Paul Bahn, his 1992 book Easter Island, Earth Island and his 2003 book The Enigmas of Easter Island have been translated into multiple languages. John identified as a bio-geographer and his research reached far beyond palynology to engage scholars in disciplines as diverse as ecology and archaeology. His research spoke to the wider histories and implications of human settlement, including concerns about the contribution human activity can make to ecological collapse. For John climate change and environmental ethics were not simply an academic issue but a practical and pressing one, and even after his retirement from the department in 2001 he continued to research, publish and give presentations on this topic. He was elected a Fellow of the Royal Society of New Zealand in 2002 and was awarded an Honorary Doctorate in Science from Cambridge University in 2004.

John’s world view and his actions were underpinned by his Christian beliefs. In later life John was involved in a number of voluntary groups, and became a deacon at All Saints Anglican church in Palmerston North  where his ‘Care of Creation’ responsibility  aimed at encouraging individuals to consider the ethics of environmental conversation. When asking his colleagues about their remembrances of John, what stood out was John’s integrity, his kindness and his sense of fun. He was always inclusive and recognised quite early on that the best way to build a research team was to enable colleagues to work to their strengths and to give them the autonomy to do so. John was a great story-teller and had a wonderful sense of humour – no doubt contributing to his ability to communicate complex scientific ideas and matters of environmental ethics to lay audiences. His final book published in 2015 “ Trees, Trees, Trees! – You Can Do Something About Climate Change” was a fitting tribute to his conviction based on his beliefs and years of ground-breaking scientific scholarship, that each one of us can make a difference in securing more sustainable environmental futures.

Flenley, J. R. (1985). Relevance of Quaternary palynology to geomorphology in the tropics and subtropics. Environmental change and tropical geomorphology, 153-164.

Flenley, J. R. (1982). The relevance of Quaternary Palynology to Geomorphology in the Tropics and Subtropics. Journal of the Geological Society, 139(SEP), 656-656.