When two became one: studying the evolutionary partnership that led to complex life

Dr Heather Hendrickson from Massey University will use real-time evolution experiments on bacterial and amoeba populations in the lab to address long-standing questions on the origin of complex life.

In the distant primordial past, a simple bacterial-like cell gave up its independence by taking up residence inside another cell and adapted to reproduce within its new host. This extraordinary occurrence, now known as endosymbiosis, triggered the dawn of complex life on Earth. The resulting complex cells eventually became capable of new and more sophisticated functions.  Mitochondria, the tiny energy generators found in nearly all complex cells, including the ones that make up our bodies, represent the earliest-known example of endosymbiosis. There are many other examples of endosymbiosis, such as photosynthesis in plants. However, a major question about this process remains: how are such partnerships able to form and stabilise?

Dr Heather Hendrickson from the Institute of Natural and Mathematical Sciences at Massey University has been awarded a Marsden Fund grant to study the origins of endosymbiosis in real-time. In doing so, she will address long-standing questions on the origin of complex life. Dr Hendrickson and her team will carry out a series of evolution experiments in the lab, using two separate “predator-prey” pairs of cells. Over the course of 10,000 generations, predators (amoeba) and prey (bacteria) will be mixed together under different conditions. The team will examine the routes these cells take in adapting towards endosymbiosis and monitor them for collaborative or antagonistic effects on each other, using a cutting-edge combination of novel molecular, genomic and imaging techniques. 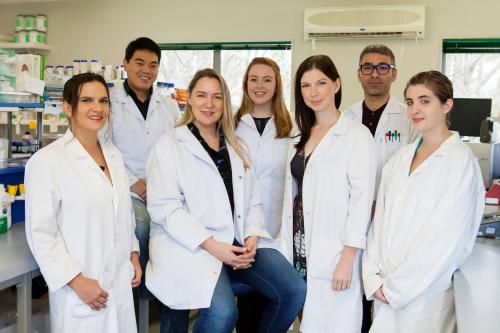