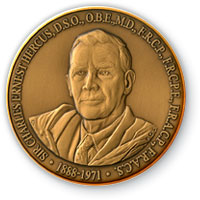 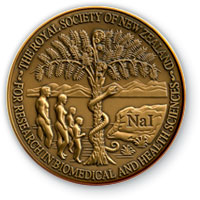 Sir Charles Hercus DSO OBE MD FRCP FRCPE FRACP FRACS Hon LLD was Dean of the Faculty of Medicine, University of Otago between 1937 and 1959 and was Professor of Bacteriology and Preventive Medicine between 1922 and 1959. He qualified initially in dentistry and, subsequently, in medicine.The Sir Charles Hercus Medal was established by the Academy of the Royal Society of New Zealand Te Apārangi in 1996 in memory of Sir Charles Hercus to recognise excellence in biomedical and health sciences.