Why do people who are in the workforce make the choices they do? Economist and Marsden 25 fund recipient, Dr Isabelle Sin, investigates New Zealand's labour economics and economic history to better understand the 'brain drain' and the gender wage gap.

In this three-part interview, Izi begins by explaining the background to her research that looks into choices of new graduates, and gender dynamics.

Looking at 'brain drain', Izi's project, supported by the Marsden Fund, explores why new graduates decide to pursue a brighter future by leaving the country for higher-earning and/or international job opportunities.

Another of Izi’s projects considers the gender wage gap in Aotearoa, and how much impact parenthood plays in deepening the gap, like the amount of time parents take off work to raise their children. From this work, Izi draws an important question regarding gender: Is the 'penalty' for the time caring for a child different for a woman than it is for a man?

As an undergraduate at the University of Canterbury, Izi enjoyed mathematics, physics, and economics, but decided against specialising in pure maths because real world applications seemed more fun. Also her parents, both physical scientists, had warned her “there were no jobs in science”. She has since discovered this to be somewhat of an exaggeration, but at the time it reduced the attractiveness of studying physics, despite the opportunity physics offered to accidentally electrocute herself in the lab. In contrast, no one warned her against a career in economics, although she was still several years away from discovering that economics itself is a science. But at the time, it meant that Izi graduated from Canterbury in 2002 with an honours degree in economics. 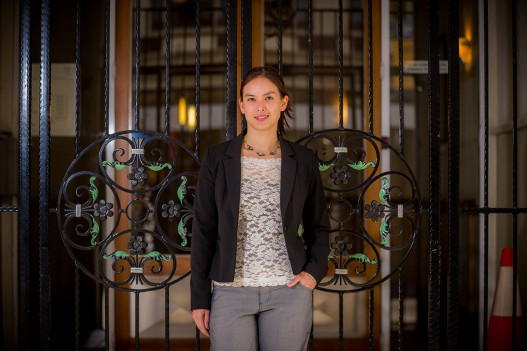 Izi then worked briefly at the Reserve Bank of New Zealand, where she learned that, like the argument about sausages, you really don’t want to see how monetary policy is made. Then, after a year and a half as a research analyst at Motu Economic and Public Policy Research, she left to pursue a PhD in economics at Stanford University in California USA. Her dissertation proposed using flows of book translations between countries as a measure of the international diffusion of ideas and studied the drivers of these flows.

Following her PhD, Izi faced a hard choice: enter the hyper-competitive world of American academia, or return to Aotearoa where her research could have practical relevance for her home country - and her cat could play outside. She chose to make her cat happy. In 2012 she returned to Wellington and rejoined Motu, New Zealand's Economic and Public Policy Research Institute.

In 2015, Izi was awarded a three-year Marsden Fund grant for research on skilled New Zealand graduates. This enabled her to study how financial incentives affect the ‘brain drain’, and the roles of wealth and debt in a tertiary graduate's ability and willingness to relocate to domestic and international job opportunities.

A key element in Isabelle developing her research career in New Zealand has been due to financial support from the Marsden Fund.