Background of the award

The name Te Rangaunua Hiranga Māori calls upon concepts of Waka voyaging, as waka played a key role in our history within the last millennium as well as pre-Aotearoa. Ranga is the short form of Rangahau (Research).  The word Ranga has been combined with the word unua from Waka Unua (double hull canoe) to emphasise the idea of co-creation. The word Hiranga means excellence of the highest standard.

The award is for co-created research conducted by Māori. In this regard the concept for this award is taken from an interpretation of the meaning of the word “rangaunua”. In this instance the ranga part of the word relates to a team of people and the unua references the concept of lashing parts together. The design depicts a double hulled waka and refers to the concept of collaboration and co-operation as symbolised when bringing together the components that make up a vessel of strength and durability. The bronze casting is professionally cast and picks up the finest of detail as in the binding.   Design: Ross Hemera. 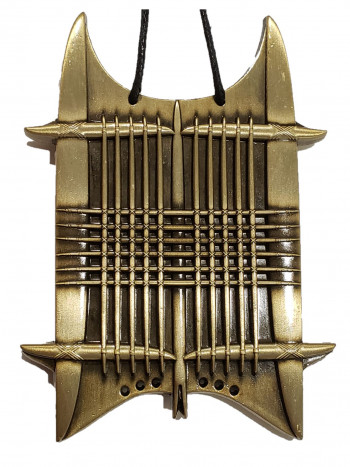