Researchers at the Auckland Bioengineering Institute (ABI) have demonstrated that a technique widely used to correct an abnormally beating heart could be applied to correct disorders of the stomach.

Their research could revolutionise the treatment of disorders such as gastroparesis, a condition that affects the movement of the stomach muscles, causing nausea, vomiting and abdominal pain.

The research, led by Dr Tim Angeli-Gordon and PhD student Zahra Aghababaie at the ABI, recently discovered how ablation - which could be described as the precise ‘burning’ of tissue - can be used to control the naturally-occurring electricity in the stomach.

This is the first ‘proof-of-concept’ to show that ablation, a popular treatment for correcting irregular heart rhythms that underpins a multi-billion dollar cardiac therapy industry, could be applied to the stomach.

The heart and stomach have more in common that many of us would imagine, including the way both organs depend on bioelectrical signals to regulate them – and what can go wrong when those electrical impulses don’t fire as they should. 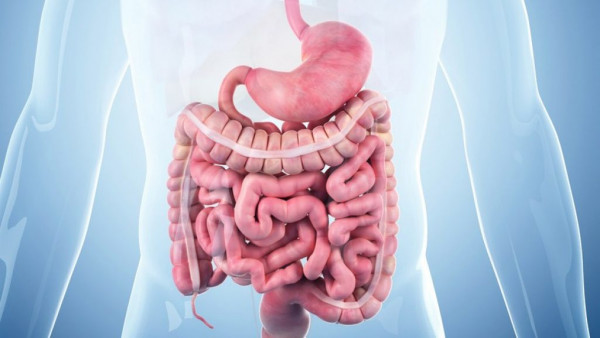 The stomach, located on the left side of the upper abdomen, is coordinated by underlying bioelectrical “slow wave” activity, which coordinates the contraction of the muscles that mix and move contents into and through the gastrointestinal (GI) tract.

The stomach is coordinated by underlying bioelectrical “slow wave” activity, which coordinates the contraction of the muscles that mix and move contents into and through the gastrointestinal (GI) tract. However, sometimes these electrical slow waves don’t work as they normally should, described as ‘stomach dysrhythmias’, which are associated with severe GI disorders and symptoms of nausea, vomiting, pain and bloating.

The causes of stomach dysrhythmias are unknown and there is no proven treatment. However, the team of ABI researchers demonstrated that ablation could be used to create localised electrical conduction blocks in the stomach.

This technology can now be further developed to help regulate abnormal slow wave dysrhythmias, in a similar way to how it is used to regulate uneven heart beats.

ABI researchers have a long and esteemed track record of developing mathematical models and clinical imaging of the stomach, and are internationally recognised for advancing our understanding of how our GI system functions in health and disease.

They have now expanded their research with a world-first development of gastric ablation for controlling the bioelectricity of the stomach.

Their research is supported by a grant from the Health Research Council and a Rutherford Discovery Fellowship from the Royal Society Te Apārangi. It has also recently been published in the American Journal of Physiology, a culmination of more than five years of research and development that has included collaboration with a number of academic clinicians from the prestigious Mayo Clinic in the USA.

The research provided an opportunity to work with pioneering research groups working in the area of GI health and disease, says Zahra Aghababaie, who completed the research for her PhD.

It was a demanding project, she says, acquiring new data, checking the quality of the data, analysing the data every step of the way, checking and double-checking it again.

“Working with world leaders in the domain was at first intimidating, but it has been a privilege to collaborate with such knowledgable people.

“In the end, it's very reassuring to have their support to pursue our research, and it is fulfilling to work with them to discover new mechanisms and a potential new treatment for people suffering from painful gastrointestinal disorders which are currently so difficult to treat.”