Beneath Aotearoa New Zealand’s idyllic green pastures, a prevalent pest is busy consuming the roots of grass and clover.

The New Zealand endemic insect known as Tutaeruru grass grub (Costelytra giveni; Figure 1) has adapted to feeding on introduced pasture crops, which is estimated to cost the New Zealand economy several hundred million dollars in financial losses each year. Our agriculture industry needs a way to combat this pervasive and highly-damaging pasture pest.  Fortunately, nature has provided an innovative solution.  In an impressive example of evolutionary engineering, the soil bacterium Serratia entomophila produces an intricate injection nanodevice called the “antifeeding prophage” (Afp) that literally injects toxins though the gut and stops grass grubs from feeding, ultimately starving them to death (Figure 2).

Given the knowledge that nature uses the Afp nanoinjector to deliver toxins to grass grubs, Associate Professor Alok Mitra (the University of Auckland) and Dr Mark Hurst (AgResearch) wanted to explore the potential of reprogramming Afp and put it to work in other contexts. The feasibility of whether different payloads could be inserted into Afp, and whether Afp’s cell targeting regions could be altered to broaden the number of targets was of particular interest. In order to investigate these possibilities, they needed to determine the high resolution molecular structure of  this natural injection nanodevice. 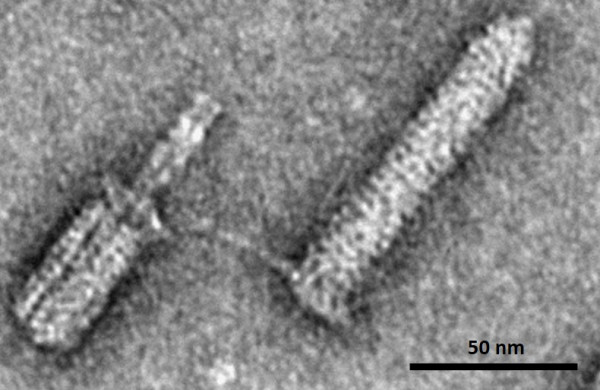 Afp is made up of an assembly of 15 proteins encoded by the S. entomophila genome. It consists of a contractile helical sheath surrounding an inner tube that extends into a cell-puncturing needle.  To determine the molecular structure of Afp the team used a state-of-the art technique called “Cryo-EM” (Figure 3).  In this approach, single particles of an assembled protein complex (i.e. Afp) in an aqueous solution are snap frozen (vitrified) at -160°C and imaged using a transmission electron microscope.  Algorithmic analysis of these images allows visualisation of the three dimensional (3D) structure at unprecedented near atomic resolution (in the range of a few hundred-millionths of a centimetre). The team were able to solve the complete 3D structures of Afp in both the extended and contracted configurations (Figure 4).  They were also able to observe the dynamic changes in 13 of the 15 different proteins comprising Afp.  They found that the baseplate of the nanosyringe is reorganised when the tail fibres interact with their target. The Afp sheath then contracts which propels the inner tube out of the nanosyringe to rupture the host cell membrane.  The toxin inside the syringe is then delivered into the target cell. This protein structure was recently published in the prestigious journal of Nature Microbiology (full text available here). 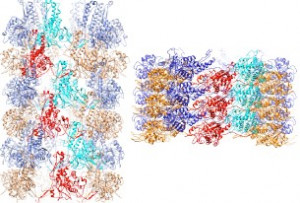 Figure 4: Atomic models of extended (left) and contracted forms of the Afp sheath.

Video of the the sheath structure transitioning between extended and contracted sheath.

Results of this Marsden Fund supported study pave the way for the future manipulation of Afp to different applications.  The nanosyringe structure of Afp offers potential in various novel applications from biopesticide administration in agriculture, to tailored drug delivery in medicine.