In a first for quantum physics, researchers supported by the Marsden Fund have “held” individual atoms in place and observed previously unseen complex atomic interactions.

A myriad of equipment including lasers, mirrors, a vacuum chamber, and microscopes assembled in Otago’s Department of Physics, plus a lot of time, energy, and expertise, have provided the ingredients to investigate this quantum process, which until now was only understood through statistical averaging from experiments involving large numbers of atoms.

The experiment improves on current knowledge by offering a previously unseen view into the microscopic world, surprising researchers with the results.

“Our method involves the individual trapping and cooling of three atoms to a temperature of about a millionth of a Kelvin using highly focused laser beams in a hyper-evacuated (vacuum) chamber, around the size of a toaster. We slowly combine the traps containing the atoms to produce controlled interactions that we measure,” says Associate Professor Mikkel F. Andersen of Otago’s Department of Physics.

When the three atoms approach each other, two form a molecule, and all receive a kick from the energy released in the process. A microscope camera allows the process to be magnified and viewed. 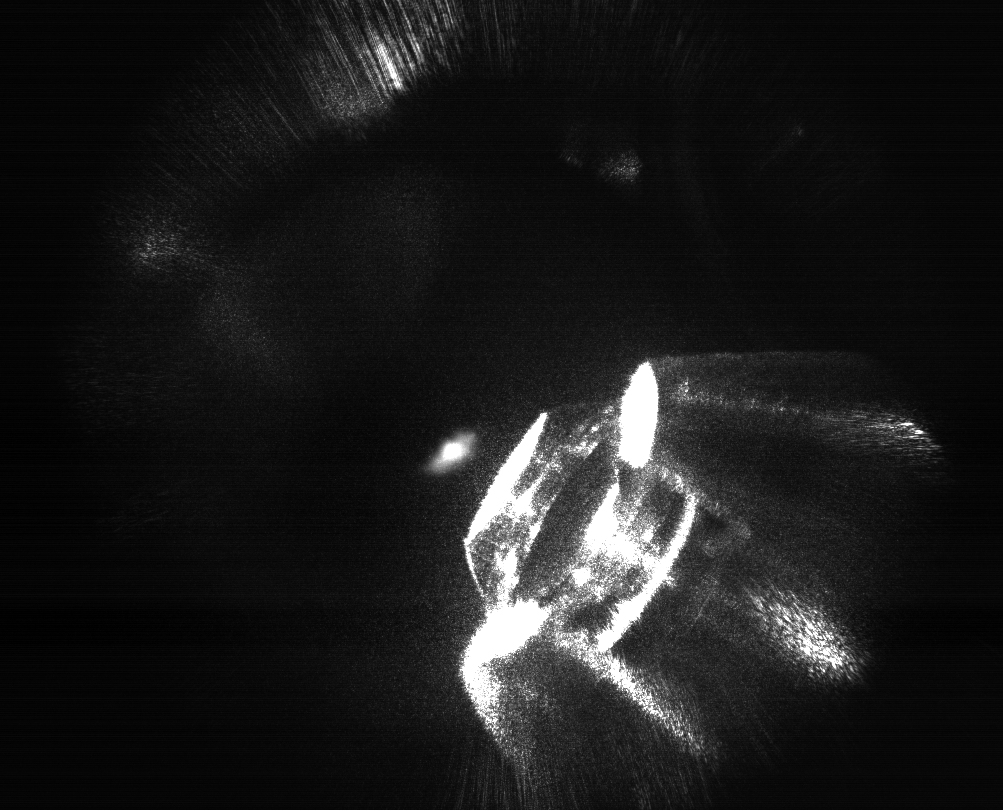 “Two atoms alone can’t form a molecule, it takes at least three to do chemistry. Our work is the first time this basic process has been studied in isolation, and it turns out that it gave several surprising results that were not expected from previous measurement in large clouds of atoms,” says Postdoctoral Researcher Marvin Weyland, who spearheaded the experiment.

For example, the researchers were able to see the exact outcome of individual processes, and observed a new process where two of the atoms leave the experiment together. Until now, this level of detail has been impossible to observe in experiments with many atoms.

“By working at this molecular level, we now know more about how atoms collide and react with one another. With development, this technique could provide a way to build and control single molecules of particular chemicals,” Weyland adds.

Associate Professor Andersen admits the technique and level of detail can be difficult to comprehend to those outside the world of quantum physics, however he believes the applications of this science will be useful in development of future quantum technologies that might impact society as much as earlier quantum technologies that enabled modern computers and the Internet.

“Research on being able to build on a smaller and smaller scale has powered much of the technological development over the past decades. For example, it is the sole reason that todays cellphones have more computing power than the supercomputers of the 1980s. Our research tries to pave the way for being able to build at the very smallest scale possible, namely the atomic scale, and I am thrilled to see how our discoveries will influence technological advancements in the future” Associate Professor Andersen says.

The experiment findings showed that it took much longer than expected to form a molecule compared with other experiments and theoretical calculations, which currently are insufficient to explain this phenomenon. While the researchers suggest mechanisms which may explain the discrepancy, they highlight a need for further theoretical developments in this area of experimental quantum mechanics.

This completely New Zealand based research was primarily carried out by members of the University of Otago’s Department of Physics, with assistance from theoretical physicists at Massey University.

The research has been published in the international journal Physical Review Letters, at the following link: https://journals.aps.org/prl/abstract/10.1103/PhysRevLett.124.073401

University of Otago and Massey University