Home Research Updates Woe is She: Early modern Women and the Poetry of Complaint

Woe is She: Early modern Women and the Poetry of Complaint

From the global #metoo movement to voices raised in New Zealand law firms, the efficacy of female complaint has made itself clear in recent years. ‘Complaint’ is a term that has multiple applications, encompassing religious lamentation, poetic expressions of woe and cries, petitions and legal bills against grievances, and injustices. It is an expression of being wronged and disempowered, but as contemporary gender theorists Lauren Berlant and Sara Ahmed recognize, it can also work to ‘change what is structural in the world’. Whether contemporary or ancient, and across literary, religious, vernacular, legal, and musical cultures of the English past, the most disempowered of complaining voices are often those of women, but their extended, detailed, and emotive complaints are also powerful vehicles for mobilising sympathy and seeking redress.

Over the last four years, Associate Professor Sarah Ross (Victoria University of Wellington), Professor Rosalind Smith (Australian National University), and Professor Michelle O’Callaghan (University of Reading) have been working together, with Marsden and Australian Research Council funding, to investigate female complaint at the heart of English Renaissance literary culture. Literary studies continues to see the Renaissance as the period where the modern English literary character was born. Women are collateral in these narratives: the woeful Ophelia singing to her death, or the three bereaved queens in Shakespeare's Richard III, united in a prophetic complaint against the corrupt king. Female complaint was used prolifically by male authors of the Renaissance. They did so by activating classical and biblical traditions to express extremes of disempowerment and loss through the voices of women.

Seeking to complicate this dominant narrative in Renaissance literary culture, the project asked two simple questions: did women in this crucial period use the mode of complaint in their own writing; and if so, how? It has been assumed that Renaissance women wrote complaint rarely, but the team has identified 512 complaint poems produced by 43 women authors, translators, transcribers and compilers between 1530 and 1680. Not only has this research uncovered previously unknown complaint poems in manuscripts and songbooks in archives across the UK and USA, but the team’s reconsideration of complaint—its origins, its influences, and its workings as a mode—enabled them to identify known poems by women as complaints for the first time. The team’s open-access Early Modern Women's Complaint Poetry Index presents this radically expanded corpus of complaint poetry by women. 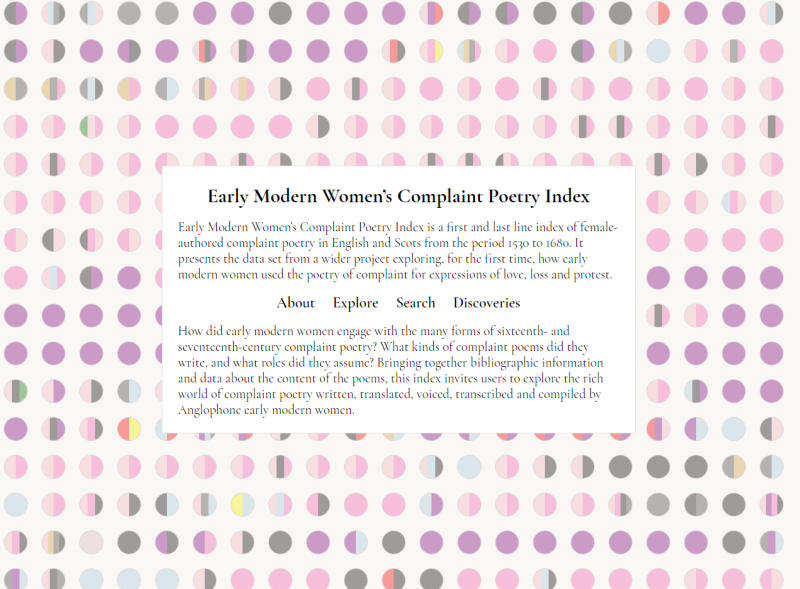 Expanding the body of recognised and influential Renaissance complaint poetry to include works by women has enabled a reconceptualisation of the mode itself. Ovid's Amores and his Heroides—the texts voiced and reproduced by schoolboys in the all-male Renaissance grammar school—have been seen as the defining influence on Renaissance complaint. The team challenged this conclusion by looking at texts favoured in women’s education at the time instead: the Bible with its rich literatures of lamentation, penitence, and petition; books of madrigals and airs; and vernacular literatures, especially in French. Here they have found choral complaints such as the lamentations of Mary Magdalene and King David, and the personified city of Jerusalem revoiced as London in the English Civil War. Their first book, Early Modern Women’s Complaint: Gender, Form, and Politics (2020), explores the myriad ways in which Renaissance women complained in their own literary voices. Likewise, in Women and the Poetry of Complaint in the English Renaissance: Woe is She, complaint is redefined as a literary mode, in which Renaissance women poets voiced amorous desires of their own, as well as the political turmoil of the English revolution, religious doubt, illness, child loss, and social slights. 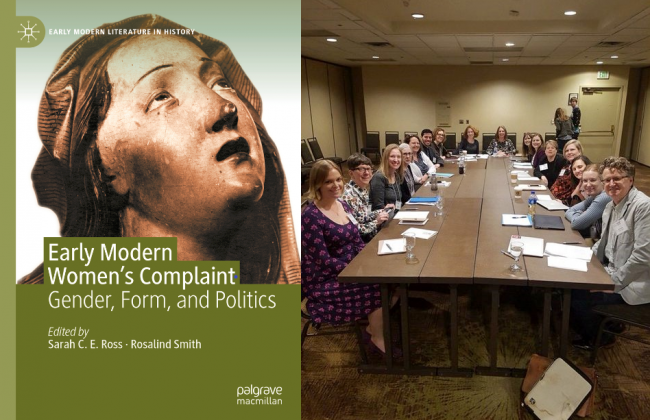 Like modern-day women complainants, Renaissance women poets used complaint to articulate their losses, to imagine and mobilise sympathetic communities, and to effect change in the world. Exploring how women authored, circulated, and performed the poetry of complaint enriches our understanding of the Renaissance as a defining period of literary innovation, and reveals a familiar emotional world of gendered cultural experience.

VUW1611: ’Woe is me’: women and complaint in the English Renaissance