On the left is a femur from a normal mouse and on the right is a genetically engineered mouse with an alteration in a gene that constitutionally increases the density and strength of the bones as evidenced by the thickness of the bony cortex on the outside of the femur. Credit: Emma Wade

As anyone who keeps fit knows, the more we use our muscles the stronger they get. The same applies to our bones. However, although scientists have a good understanding of how muscles are strengthened, they are unclear how this happens with bones.

Repetitive stress on bone leads to increased strength and higher bone density, whereas disuse or weightlessness cause the bones to thin. This suggests the existence of a bone biosensor that registers mechanical stress and activates an appropriate response.

Professor Stephen Robertson from the Dunedin School of Medicine and Dr Sujay Ithychanda from the Lerner Research Institute in the United States have discovered mutations in two different human genes that result in excessive bone density, or hyperostosis, where bones are denser and stronger than normal. Their Marsden-funded project will investigate whether the proteins encoded by these genes represent the long-sought sensor of mechanical stress in bone-forming cells.

Professor Robertson’s project has great medical significance. Finding out how our bones sense mechanical stress and how this leads to increased bone density and strength, could lead to new therapies being developed for treating bone loss in osteoporosis or during immobilisation of fractures. 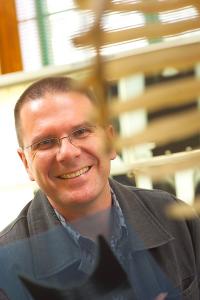 This project will also study how our bones sense environmental signals. How our skeleton interacts with gravity may even shed light on ways to combat the effects of weightlessness on bones during space travel.