However, the current bandwidth and limited power budgets of such chips restrict their performance. This results in bottlenecks, not just for supercomputers and large-scale data centres, but for everyday smartphone users – we’re all familiar with the after-school slowdown!

Dr Yawen Chen from the University of Otago has received a Marsden Fund Fast-Start grant to tackle this problem. With colleagues from the Department of Computer Science and from Xidian University in China, she will develop new, efficient architectures and communication paths for a light-based microprocessor.

A recent ground-breaking ONoC (optical network-on-chip) based microprocessor has a bandwidth up to 50 times greater than state-of-the-art electrical processors, and uses only 1.3 watts of power to transmit a terabit of data per second.

However, most existing ONoC designs don’t take full advantage of optical communication to maximise performance and save energy. It is this area that this study will focus on.

This project will advance the current state-of-the-art network theories and techniques for microprocessor design, and foster new knowledge about high-performance, more energy-efficient computing. 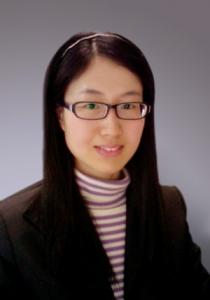