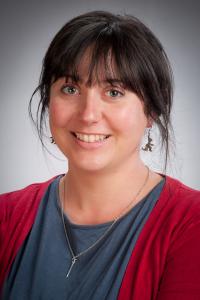 The response of the Antarctic ice sheets to current and future climate has major implications for global sea level rise. If these ice sheets were to fully melt, sea level would rise by an estimated 58 metres. One third of the ice sits on rock below sea level, making it vulnerable to oceanic warming. However, recent studies have indicated that atmospheric warming and melting at the ice surface could also have a significant role in driving ice sheet retreat. Despite this, the impact of these processes is poorly understood.

Dr Duncan at the Antarctic Research Centre, Victoria University of Wellington, has been awarded a Rutherford Foundation Postdoctoral Fellowship to investigate the role that atmospheric warming has played in driving ice sheet retreat and Antarctic environmental change in the past. Working with Associate Professor Robert McKay (also from the Antarctic Research Centre), Dr Duncan will examine biomarkers of once living plants entombed in sediment samples to reconstruct past Antarctic climate, air temperature, and vegetation. She will focus on two contrasting periods that occurred 17-13 million years ago: the Mid Miocene Climate Optimum (MMCO) and Mid Miocene Climate Transition (MMCT).

The MMCO was a warm period in our past when atmospheric carbon dioxide and temperatures reached values similar to projected scenarios for the future. It is estimated that during this interval Antarctica was covered in vegetation and sea level rose by up to 36 metres. The MMCO was followed by the MMCT, one of the largest cooling periods of the last 65 million years. Antarctic ice increased substantially and atmospheric carbon dioxide dropped below current day levels. It is thought that higher plants disappeared from Antarctica during this cold period. The timing of the disappearance of plants provides important information on thresholds for vegetation survival on the continent.

This study aims to understand the climatic thresholds relating to past ice sheet variability and provide insights into the potential response of Antarctica to future climate change.